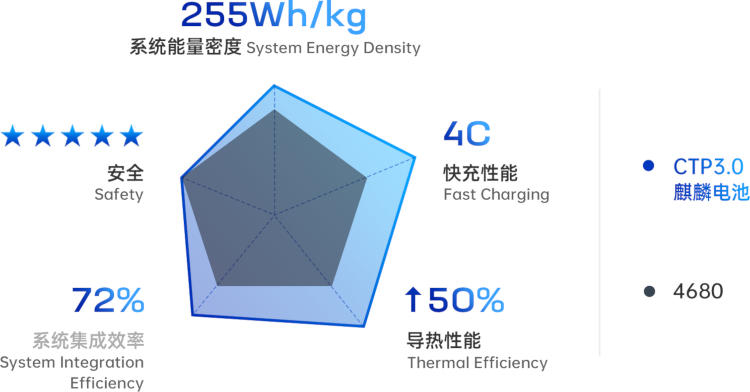 Chinese battery giant CATL has announced a new generation of batteries for electric cars.The batteries are called Qilin - they feature an increased energy density that will provide electric cars equipped with them with an increased range.Mass production of the new batteries will start in 2023.Image source: catl.comThe CATL Qilin batteries will offer consumers the world's highest capacity utilization rate - it will be 72%; by comparison, the company's 2019 batteries had a capacity of 50%.The energy density of batteries of the new generation will be 255 Wh/kg.The manufacturer has not yet reported whether there have been orders for the new generation of batteries from automakers.Today, CATL supplies batteries for brands such as Tesla, Volkswagen, BMW and Nio.In the first quarter, the Chinese giant reported a 24% loss of net income - problems have arisen due to a sharp rise in raw material prices.In May, CATL reported that the results of the second quarter are expected to increase profits, as prices for products had to increase.In the first four months, the total capacity of batteries sold by the company amounted to 41.5 GWh, which is more than twice as high as that of its nearest competitor, LG Energy Solution.Earlier it became known that CATL is currently studying the possibility of building two plants to produce batteries for electric cars in the United States.