Toyota has unveiled a power storage system for home use 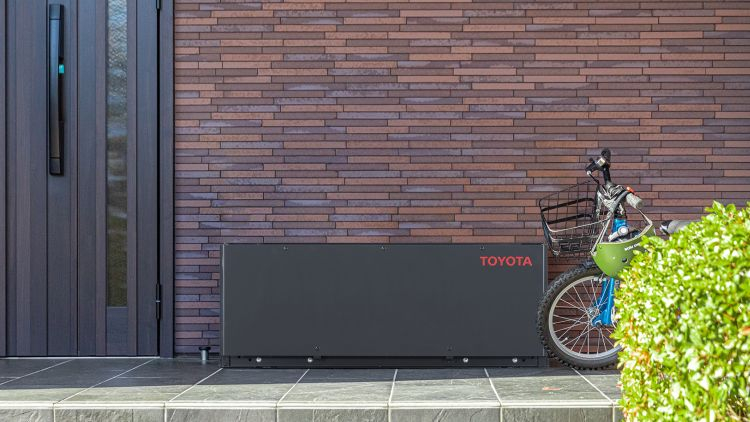 Toyota Motor has not yet achieved great success in mass production of electric cars, but it has been producing hybrids for a long time, and therefore has serious experience with traction batteries.Like some other major automakers, the Japanese corporation has decided to bring to market a stationary system for storing electricity for home use - so far it will be offered only in Japan.Image source: ToyotaThe geographical specialization of the new solution for Toyota is displayed even in the system name - O-Uchi Kyuden, as well as adaptation to the local power grid standard of 100 volts.Weatherproof battery case allows you to install it on the street, it is designed to work in the temperature range from minus 20 to plus 45 degrees Celsius.The battery itself has overall dimensions of 1142 × 341 × 432 mm and weighs 142 kg, it has a capacity of 8.7 kW‧h and can power consumers with a combined capacity of 5.5 kW.The system also includes a hybrid power control unit, which weighs 33 kg, a transformer weighing 9 kg for the DC network, as well as an identical weight adapter for connecting a vehicle.The latter can be used both to charge its own traction battery and to power the house network when the centralized power supply is disconnected.In this case, however, the power of connected household consumers can not exceed 1.1 kW.To manage the system developed and branded application for smartphones, but it is still only available in Japanese.It will go on sale as early as August, but only in Japan.Construction companies will distribute the system on the local market.Recall that Tesla has been distributing its residential energy storage systems since 2015, later joined by Mercedes-Benz and Renault.As a rule, such systems are equipped with used traction batteries, which extends their life cycle.