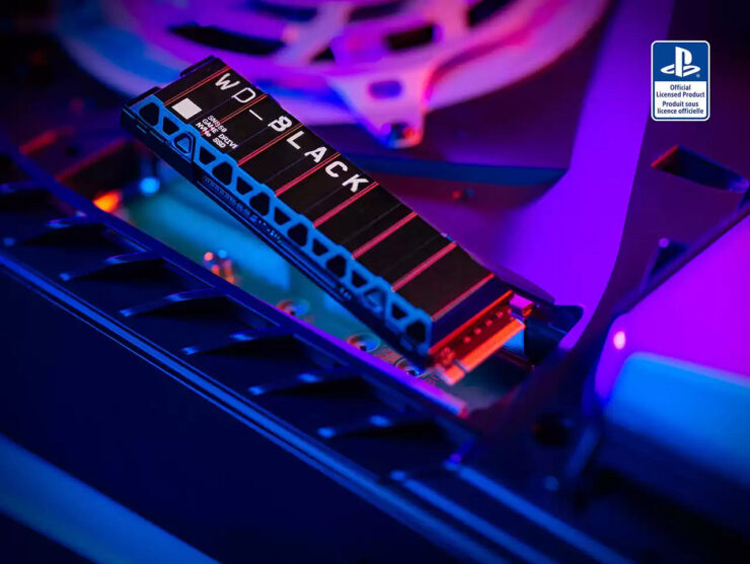 Sony and Western Digital have announced the first solid state drive (SSD) certified for use in PlayStation 5 gaming consoles.Novelty under the name SN850 NVMe M.2 SSD for PS5 was released as part of a series of gaming products WD_Black.Image source: Western DigitalThe device is made in M.2 2280 format with dimensions of 22 × 80 mm.For data exchange uses PCIe 4.0 x4 interface.There is a cooling radiator, which helps to increase stability under high loads.Novelty presented in two capacity options - 1 and 2 TB.The former has a sequential write speed of 5,300 Mbytes/s, the latter has a sequential read speed of 5,100 Mbytes/s.The sequential read speed of the drives is the same - up to 7000 Mbytes/s.To use the products you need to update the firmware of your PlayStation 5 console to version 21.02-04.00.00 or later.After installing the drive and powering up the console, you will need to format the SSD.WD_Black SN850 NVMe M.2 SSD for PS5 solutions are available for order now.The 1TB version is priced at about $170 and the 2TB version is $280.This is more expensive than the regular WD_Black SN850 drives, which are also supported by the PS5 console.