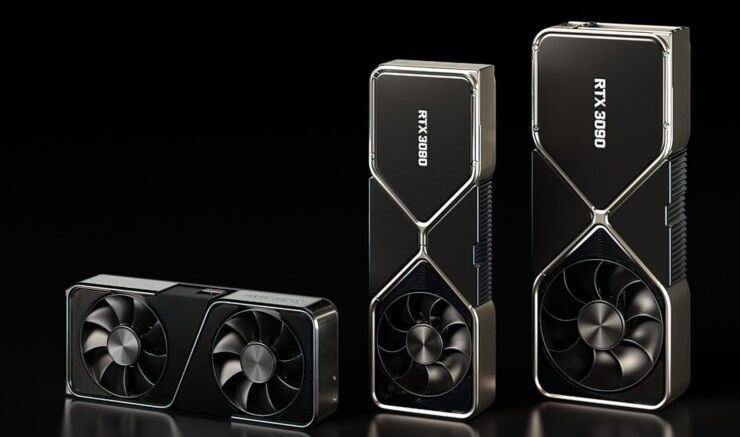 Both NVIDIA and AMD find themselves in the situation when it is almost time to release new generation graphics cards, but the stock of current solutions is still too high.It is obvious that without measures to stimulate sales, there is no way to cope with surplus graphics processors, and the most effective step should be an official price reduction.Sources believe that here NVIDIA will surpass AMD already at the end of this month.Image source: NVIDIASeptember in former years in the PC market was associated with the beginning of the business season after the vacations and vacations.By the fall, AMD and NVIDIA have been traditionally preparing new graphics solutions in the gaming segment, and so far only AMD has openly confirmed its intentions not to betray these traditions, and about NVIDIA plans to release a family of GeForce RTX 40 (Ada Lovelace), many sources have recently said only unofficially and with an eye to the situation with inventory overstocking.Chinese media, citing its own sources in the supply chain, reported that at the end of August, AMD and NVIDIA will take steps to reduce the price of graphics cards of existing generations, with the latter to surpass the scale of generosity of the competitor.Already on sale you can find graphics cards GeForce RTX 3090 Ti at prices 50% lower than the recommended, and the plight of NVIDIA can be recognized by the rumors of intentions to use stocks GA102 chips to restart the release version GeForce RTX 3080 with 12 GB of memory.Note that recently NVIDIA has presented preliminary results of the last quarter.The company chose to warn of a 44% sequential and 33% year-over-year decline in revenue in the gaming segment.So a sale by NVIDIA is definitely needed.