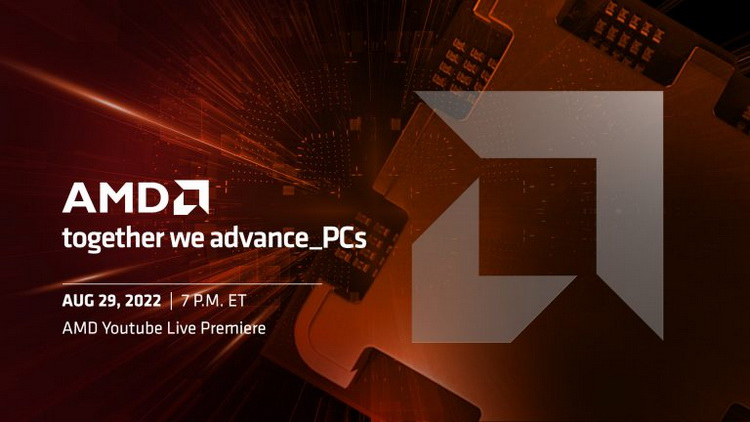 AMD has officially announced that it will unveil its next generation Ryzen 7000 (Raphael) processors on August 29 as part of the Together we advance_PCs event.The event will be streamed on AMD's official YouTube channel.Start of the event is scheduled for 19:00 NEST (02:00, August 30, Moscow time).Image source: AMD CEO Lisa Su (Lisa Su), CTO Mark Papermaster (Mark Papermaster) and other top AMD executives will speak at the event.Company representatives will provide details about the new Zen 4 architecture, which is the basis for the next generation of AMD Ryzen processors.There are also new details about Ryzen 7000 series chips and new AMD Socket AM5 platform. The support of DDR5 RAM and PCIe 5.0 will be one of the key features of Ryzen 7000 processors and all AMD Socket AM5 platform.