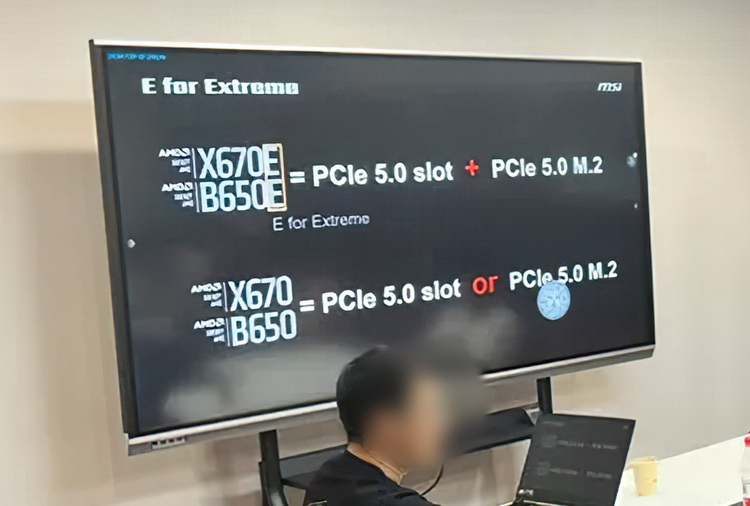 AMD company besides previously announced X670, X670E and B650 chipsets is also going to present B650E chipset for next generation motherboards, designed for upcoming Ryzen 7000 processors.The B650E will feature simultaneous support for PCIe 5.0 for both graphics cards and SSDs.The senior X670E chipset has the same feature.On the other hand, common X670 and B650 chipsets will be able to support PCIe 5.0 for SSD or graphics card. Unlike the AMD X670E chipset, which consists of two chipsets, the B650E chipset will only include one base chip.This means the number of available PCIe lanes will be lower.Note that AMD has not previously reported on B650E preparations - it was only known from leaks.On the night of August 29 to 30 AMD is going to officially unveil Ryzen 7000 processors and possibly a new Socket AM5 platform.If we believe the rumors, in September boards on the junior chipset AMD B650 are not expected to go on sale.They are expected to appear later.