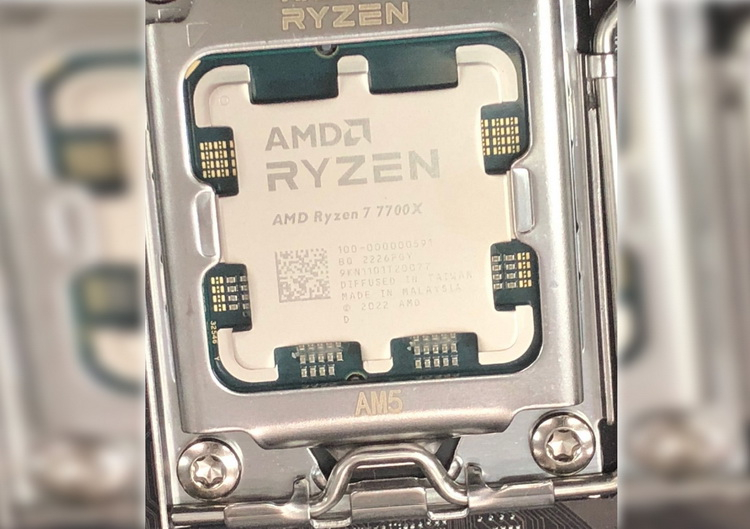 On the forum of famous resource AnandTech published a photo of the consumer version of the upcoming AMD Ryzen 7 7700X processor on Zen 4 architecture.The upcoming novelty is depicted in the new processor socket AM5.Image source: AnandTechThe photo shows the new heat spreading cover with AMD logo and marking with OPN-code 100-000000593, which confirms the earlier rumors that behind this coding was hiding exactly 8-core Ryzen 7 7700X model.The Ryzen 7 7700X reportedly runs at a base clock speed of 4.5 GHz, and in automatic overclocking develops a frequency of up to 5.4 GHz.The chip has a TDP rating of 105W and is equipped with 40 MB of cache memory (8 MB of L2 and 32 MB of L3).Image source: VideoCardzThe Ryzen 7000 processors will be announced on August 29.However, the chips are rumored to go on sale closer to the end of September.If earlier rumors are to be believed, this processor will get a recommended price of $299.At the start of sales in the same cost was estimated Ryzen 7 5700X model on the architecture Zen 3.