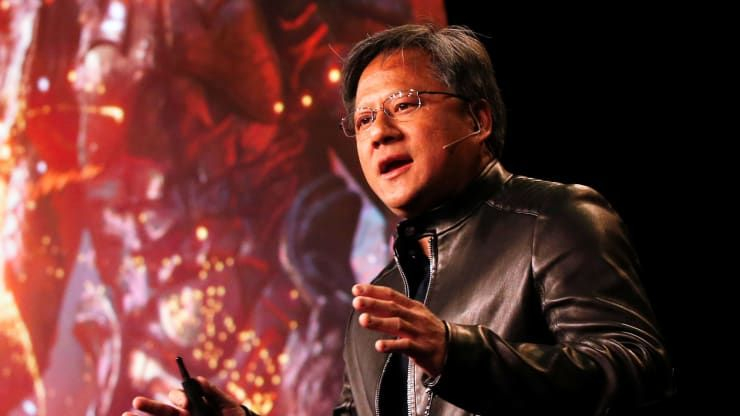 To brighten a languid Monday evening with unexpected revelations about fiscal Q2 results, NVIDIA decided to admit that total revenue for the period is unlikely to exceed $6.7 billion from the previously forecasted $8.1 billion, and that gaming revenue will be limited to $2.04 billion at all, down 44% sequentially and 33% year over year.Source image: Getty ImagesFor NVIDIA the publication of preliminary results for the quarter is an event out of the ordinary, and the reason for such extraordinary measures was the lowering of the forecast for gaming revenue in the fiscal quarter, which ended July 31.In the text of the official press release management of the company preferred to write off all the failures to the \"macroeconomic difficulties\", which prevented NVIDIA partners from selling video cards in stock.Since the unfavorable macroeconomic conditions are expected to continue in the current quarter, the company decided to make adjustments to the pricing policy, encouraging early sales of stocked gaming graphics cards.In total, as summarized in an official report, at the end of the second quarter had to write off up to $1.32 billion due to the current situation in the gaming market.Such failures, according to the head and founder of NVIDIA Jensen Huang (Jensen Huang), do not cancel the willingness of the company to serve the growing promising market segments like artificial intelligence systems.NVIDIA CFO Colette Kress (Colette Kress) added that the significant write-downs in the second quarter were due to large advance payments to the company's suppliers, which were made at a time of severe semiconductor component shortages.In the near future, NVIDIA will have to focus on maintaining the profitability of the business by limiting the growth of operating costs.At the same time Colette Kress promised not to refuse to buy back the company's shares, expecting to maintain NVIDIA stable sources of cash.Image source: NVIDIAThe column names in the table above should not be confusing - in the NVIDIA financial calendar at the end of July ended the second quarter of fiscal year 2023.Previously, NVIDIA had expected to maintain a profit margin in the range of 65.1 to 67.1 percent, depending on the method of calculation, but the actual value of this indicator in the second quarter should approach 43.7 or 46.1 percent, depending on the method.Source image: NVIDIAThe other segments of NVIDIA partially offset the discouraging dynamics in the gaming area, but we must understand that the latter in the second quarter provided the company almost a third of all revenue.The server segment was the main driver of total revenue, generating $3.81 billion for the quarter, up 1% sequentially and 61% year-over-year.The professional imaging solutions business declined to $0.5 billion in revenue, down 20% sequentially and 4% year-over-year.The automotive segment saw revenue rise to $0.22 billion (up 59% sequentially and 45% year over year), but in absolute terms it is still too small an amount to make a serious difference.Finally, the OEM line of business generated only $0.13 billion in revenue, down 12% sequentially and 66% year-over-year.In the same period last year, this revenue item was influenced by shipments of specialized CMP gas pedals for cryptocurrency mining, but in the first quarter of this year they almost went to zero.Overall, NVIDIA revenue for the second quarter should decline by 19% to $6.7 billion sequentially, but grow by 3% year-over-year.The latter element of the dynamics is a credit to the company's predominantly server business.NVIDIA promises to publish a full quarterly report on August 24, at which time it will be possible to talk in more detail about the factors contributing to such dynamics of changes in the financial performance of the company.NVIDIA shares opened today's trading session with 8% decrease, but at the moment of writing the difference with the closing rate of the previous session decreased to 4.5%.