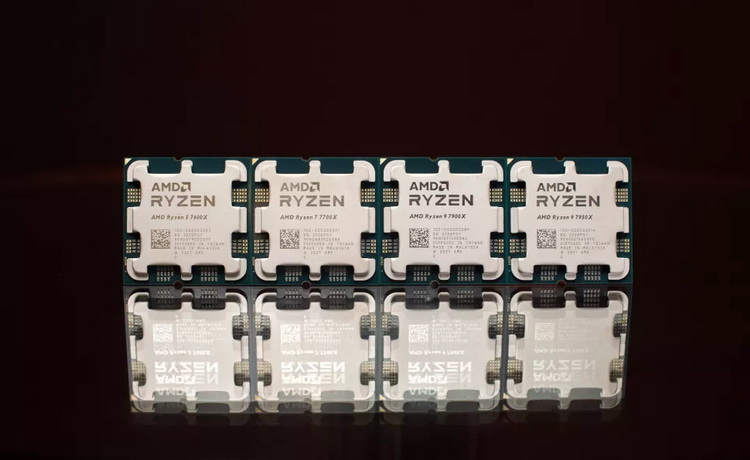 AMD Ryzen 7000 processors are expected to be released next week.The range of recommended prices for the new items, depending on the model, ranges from $299 to $699.But in Europe, it seems, the chips will cost significantly more.Image source: AMDThe Professional Review found new Ryzen 7000 processors in the database of one of the Spanish retailers.There they are priced between €371 and €852 depending on the model.The flagship 16-core Ryzen 9 7950X is priced at €852 (recommended $699), the 12-core Ryzen 9 7900X at €699 (recommended $549), the eight-core Ryzen 7 7700X at €491 (recommended $399), and the junior six-core Ryzen 5 7600X at €371 (recommended $299).Image source: XtremMedia.comThe significant difference in processor prices is partly due to the current currency conversion rate.The cost of the euro is almost at parity with the dollar.In addition, you need to add value added tax, which is 21% in Spain, as well as a few euros in the form of profit of the store itself.It should be noted that in the same Spanish store 16-core Ryzen 9 5950X model on the Zen 3 architecture is offered much cheaper.Still the current flagship is given for €564, which is €288 cheaper.For this difference you can easily find a very good motherboard with Socket AM4 socket.