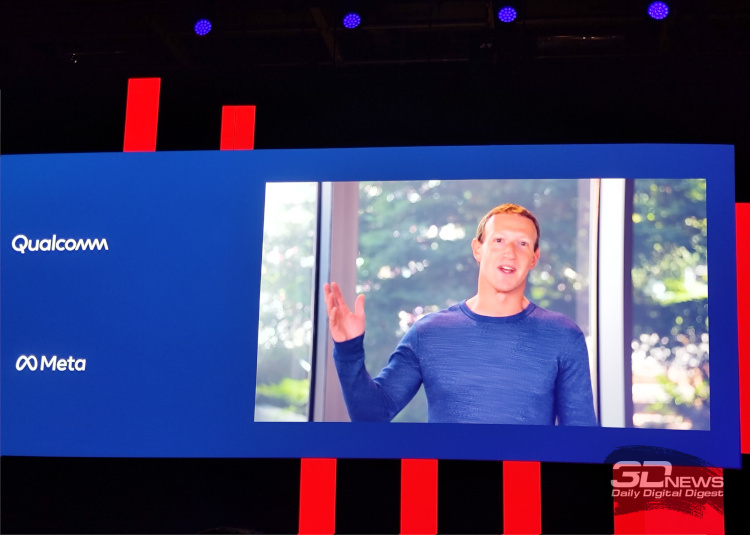 Meta* has signed an agreement with Arm processor developer Qualcomm to create special custom chipsets designed for next-generation Quest series VR headsets.The companies announced this at the IFA in Berlin.Image source: 3D NewsThe two companies will work together to design future chipsets based on Qualcomm's Snapdragon XR platform.As reported by Reuters, the agreement demonstrates the dependence of Meta * of Qualcomm, even as the company began developing their own solutions for virtual, augmented and mixed reality devices.According to the head of Meta * Mark Zuckerberg (Mark Zuckerberg), \"Unlike cell phones, building VR brings new, multi-dimensional challenges in spatial computing...\" For example, there are a number of challenges to be met in optimizing the price and form factor of the devices.According to Zuckerberg, Meta* is still in the early stages of development, and \"deep technical integration\" with a processor developer will help VR technology move toward a multi-dimensional computing platform.Meta* has been actively investing in wearable device technology like transparent AR/VR glasses.For years, the company has relied on off-the-shelf Qualcomm chipsets to build its own VR devices, including the latest version of the Quest 2 headset, which is based on the Snapdragon XR2 chip.Image Source: 3D NewsThe chipsets being co-built will not be exclusively used by Meta*.However, they will be optimized for Quest system specifications.Financial terms of the deal have not yet been disclosed.The agreement covers only VR-devices and Meta* will continue to develop its own semiconductor solutions with other functionality.According to Meta*, there may be situations in which the company prefers off-the-shelf semiconductor solutions, but it is working on customization with industry partners while developing its own solutions.Moreover, Meta* can use both its own and partner platforms in the same products.* Included in the list of public associations and religious organizations in respect of which there is an effective court decision to liquidate or ban their activities on the grounds provided by Federal Law № 114-FZ \"On Counteracting Extremist Activity\" dated 25.07.2002.