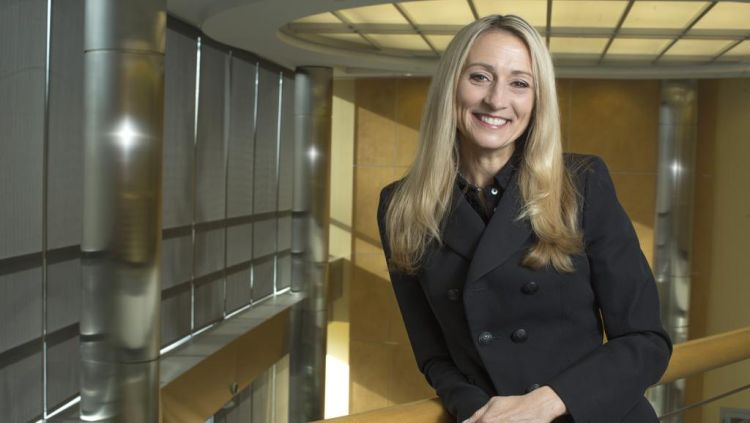 Almost halfway through her 40-minute speech at the Goldman Sachs technology conference, NVIDIA CFO Colette Kress was forced to dedicate to the overproduction crisis in the gaming graphics card segment.According to her, the prices have reached a level close to normal now, and by the spring of next year the company will be able to return to the growth of its product supplies.Not far off would be the announcement of a new graphics architecture, she confirmed.Image source: NVIDIAIn the previous five years, Colette Kress explained that NVIDIA had been growing revenues in the gaming segment by an average of 20% annually, about half of that increase came from an increase in the average selling price of graphics cards, and the other half was actually due to an increase in the number of graphics cards shipped.Since the pandemic began, NVIDIA revenue in the gaming segment has increased by 70%, primarily due to an increase in the average selling price, although the volume of shipments also increased.In the long term, NVIDIA management sees room for further growth in the average selling price of gaming graphics cards, but right now the environment is not conducive to this.Firstly, the warehouses have accumulated a lot of current generation video cards.Secondly, the period of pandemic (and cryptocurrency boom - author's note) formed such a high base for comparison, that the figures achieved then will be difficult to overcome in the current economic environment.Speaking about the consequences of the cryptocurrency boom, Colette Kress never dared to quantify the impact of this factor on the company's revenue in 2021, although after the previous wave of \"cryptocurrency fever\" she conducted a corresponding analysis.The impact of the secondary video card market on the current situation with the sales of new NVIDIA CFO considers limited.According to her, unlike the used car market, it is very difficult to assess the state of a used video card, and for this reason game lovers prefer to buy new graphics cards.The demand for graphics processors, according to Ms.Kress, is very high even now, just a large number of finished products in stock, and therefore the company has to reduce the volume of supply from its side.\"Our ultimate goal is to meet that demand, and to help people realize that graphics processor prices are already close to normal levels, which is what we were hoping for,\" the NVIDIA CFO said.The company is working to get rid of inventory surpluses through pricing methods to stimulate demand.The situation will normalize in a couple of quarters or so.According to Colette Kress, by the end of the fourth fiscal quarter (i.e.January), we could already be talking about normalization of graphics card inventory in stock.In the period from February to April, the supply of chips for gaming graphics cards from NVIDIA should return to growth.Characteristically, the company has a surplus production in the segment of solutions for professional visualization.That is, the problem with the imbalance of supply and demand do not exist only in the gaming sector.