The Arc A770 graphics card's imminent release has been confirmed by an Intel executive, but when it will be released is still unclear 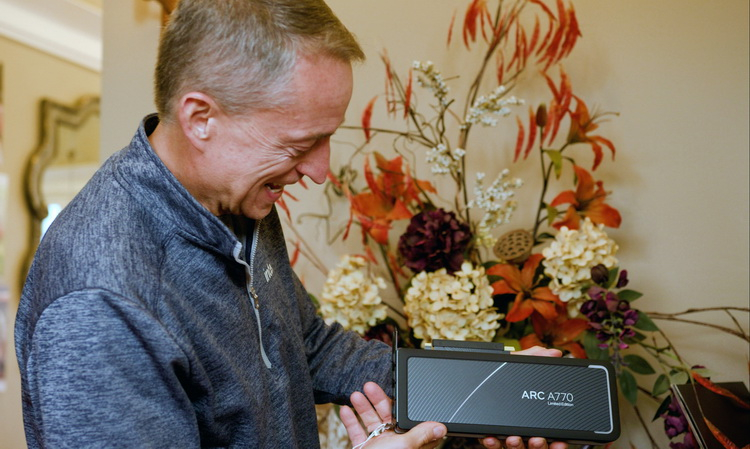 Intel CEO Patrick Gelsinger posted a photo on his Twitter page showing him posing with the reference version of the Arc A770 Limited Edition graphics gas pedal.According to him, the company is almost ready to start shipping its first batch of these graphics cards.Image source: Twitter / @PGelsinger \"This rainy Sunday evening I received a surprise package from Raja Koduri - an Intel Arc A770 [graphics card].We're getting ready to start selling the first batch of A770 cards.Very much looking forward to it!\", Gelsinger wrote.It's worth noting that Gelsinger is far from the first high-level Intel official to promise to start shipping the Intel Arc A770.A little over a week ago, Raja Koduri, head of Intel's graphics division, made a similar statement.Unfortunately, neither Kodri nor Gelsinger specified exactly when Intel will start selling the long-awaited Arc Alchemist graphics gas pedals.Due to various development issues, the manufacturer has significantly delayed their release, although it promised that the latter would take place \"this summer.\" Since many companies in the U.S.live by the astronomical calendar, the summer ends on the day of the autumnal equinox, which could be the 21st, 22nd, 23rd or 24th of September.This leaves Intel with only four days to keep their promise and release the Arc graphics cards on time.However, it seems unlikely.Intel has scheduled the Innovation conference for September 27-28.It is expected to host the announcement of the 13th generation Core processors (Raptor Lake).With any luck, the event may present discrete graphics cards.But they are likely to go on sale no earlier than October.