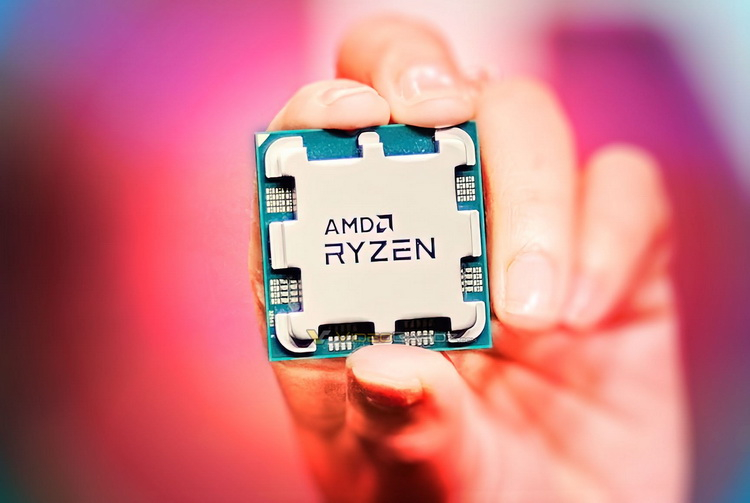 The Ryzen 7000 processor family should be updated with several new models in the foreseeable future.Yesterday it was reported that data about Ryzen 7 7700 model appeared in Geekbench synthetic test database.Now in the same database marked the Ryzen 7 7800X and Ryzen 3 7300X models, which are also not included in the first wave of AMD desktop processors on the architecture Zen 4.Image source: AMDThe Ryzen 7 7800X model has two more cores compared to its predecessor Ryzen 7 5800X.Thus, the novelty could become the first AMD Ryzen desktop processor with 10 cores and 20 threads.According to Geekbench, the chip can automatically overclock to 5.4 GHz and has 64 MB of L3 cache memory on board, which is twice as much as the Ryzen 7 7700X.But that's not surprising, since the 10 cores are recruited using two chipsets, while the Ryzen 7 7700X has only one octa-core chip. Image source: GeekbankshThe processor was tested on a Gigabyte Aorus B650 motherboard.The Ryzen 7 7800X scored 2,097 points in the single-threaded performance test and 16,163 points in the multi-threaded test.In terms of multi-threaded performance, the novelty in its current state is about 15% ahead of the Ryzen 7 7700X.Ryzen 7 7800X results.Image source: GeekbenchThe Geekbench database also revealed information about the quad-core and eight-threaded Ryzen 3 7300X model.According to the benchmark, this processor is able to automatically overclock up to 5.0 GHz and has 32 MB of L3 cache memory. Image source: GeekbankshThe quad-core and octa-core Ryzen 3 7300X in the single-core test scored 1984 points, and in the multi-threaded performance test - 7682 points.This chip is capable of delivering a clock speed of 5GHz in auto overclocking.Ryzen 3 7300X results.Source image: GeekbenchWe should keep in mind that the Geekbench tests most likely involved engineering samples of processors, which may differ in frequency characteristics and power consumption from the final consumer versions.