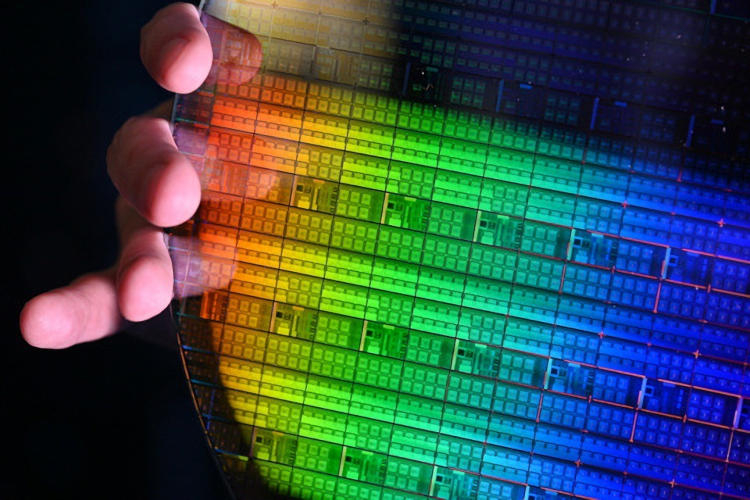 Intel has reported achieving the industry's highest yield of good quantum chips based on silicon spin qubits, as they were produced at its research center in Oregon, USA.In this case, the company also claims the maximum uniformity of manufactured solutions.This is an important achievement in the work on quantum chips based on Intel's transistor manufacturing processes.Image source: intc.comThe study was conducted on a second-generation Intel test chip.Using a cryoprobe, the temperature was reduced to 1.7 K (-271.45 °C), and the scientists isolated 12 quantum dots and four sensors.The test results confirmed that the company had obtained the industry's largest silicon spin electron device: one electron in each position on the entire 300-mm wafer.Today, silicon spin qubits are produced on individual chips, but Intel has succeeded on an entire wafer.EUV lithography production demonstrated a 95% yield of good chips on the wafer: using a cryoprobe and specialized software, scientists obtained over 900 single and over 400 double quantum bits in less than 24 hours at temperatures one degree above absolute zero.The improved yield and uniformity of low-temperature components compared to previous Intel test chips allowed the company to apply statistical control to identify areas of the manufacturing process to be further tested.This was an important step toward scaling production to the thousands or millions of qubits needed for a commercial quantum computer.\"Intel continues to move toward silicon spin qubit production using its transistor production technology.High yields and uniformity show that producing quantum chips on Intel's existing transistor nodes is a defensible strategy and a compelling indicator of success as the technology moves toward the commercial stage.Going forward, we will continue to improve the quality of these components and develop larger scale systems, and these steps will be the building blocks for our accelerated growth,\" commented James Clarke, Intel Quantum Hardware division director, on the achievement.