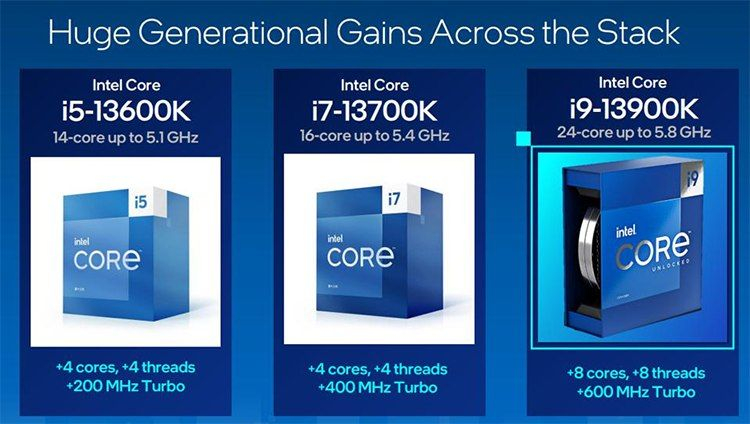 Intel management at its quarterly reporting event began by saying that revenue in the customer area, while down 17% year over year, has consistently grown by 6%.The sales structure of Intel components in this sector changed so that the average selling price increased.The company was able to strengthen its position in the customer segment, and the Intel management is full of confidence that it will be able to do so in the future.Image source: Intel CEO Patrick Gelsinger even let it slip that in the third quarter Intel stepped up work with those of its customers who were willing to accelerate the purchase of the product in light of the upcoming price hikes in the fourth quarter.According to the company's management, this led to the strengthening of Intel's position in the client segment in the third quarter.At the same time, revenue in the segment as a whole fell by 17% year-on-year due to the majority of customers having excess products in stock.If we consider revenue from products for the desktop segment, in the third quarter, Intel's revenue increased by 3.3% year-on-year to $3.22 billion, which for the declining market as a whole is not so bad.In the notebook segment, revenue for the year was down 25.8% to $4.4 billion.As Patrick Gelsinger pointed out, in the PC segment the company has \"fundamentally increased its market share\", and its existing product lines in terms of competitive positioning are very strong.Intel management is not confused by the possibility of a decline in PC sales in the global market to levels below those seen before the pandemic, although they are convinced that this will not happen at all.It's just that so many computers were sold during the pandemic that if they have to be replaced sooner or later with new ones, Intel will definitely get its piece of the pie.According to Gelsinger, Intel's product line is positioned in such a way that it can expect to further increase its market share.Moreover, the sagging demand is more pronounced in the segment of low-cost PCs, and Intel is now focusing on more expensive offerings.As the head of Intel added, Alder Lake and Raptor Lake processors are showing impressive performance, and preparations for the Meteor Lake release next year are in full swing.The recently unveiled Raptor Lake processors do show superiority over existing AMD solutions in terms of performance, according to independent tests.At the same time, Intel products also turn out to be cheaper, so it is easy to explain the confidence of the company's management in the revenge on the consumer market.