Intel showed silicon wafers with mysterious 34-core Raptor Lake processors, but didn't say what they're for 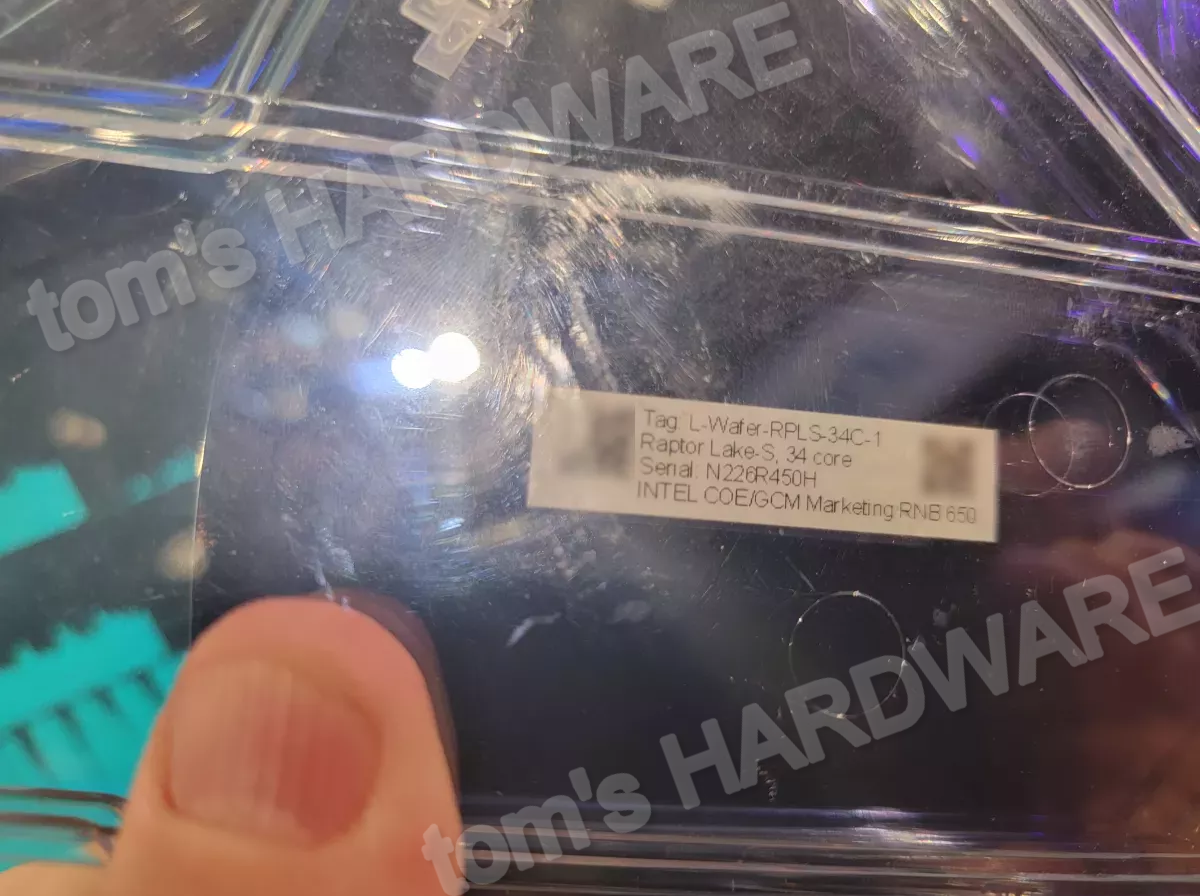 At the Innovation 2022 event, Intel showed a silicon wafer on its booth that reveals 34-core Raptor Lake-S processors not officially introduced.As Paul Alcorn (Paul Alcorn) from Tom's Hardware writes, the company did not do it on purpose, because before that it has announced a consumer series of processors Raptor Lake, which have no more than 24 cores.Image source: Tom's HardwareJournalist points out that before that there were rumors that Intel is working on some 34-core processors.However, it turned out later that they were just MCC chipsets for Sapphire Rapids server processors.But the chips showed yesterday belong to the consumer Raptor Lake-S series.This is evidenced by the sticker available on the wafer, as shown in the photo below. The plate with the 34-core Raptor Lake chipsA closer look at the plate (photo above) makes it obvious that the uncut chips in it don't look like the standard Raptor Lake processor chips (photo below).The cores in the chips are not arranged horizontally in two rows like in standard Raptor Lake crystals.In addition, it seems that the 34 cores of the unknown Raptor Lake processors are connected by a kind of mesh structure, like in Ice Lake crystals (Xeon and 10th generation Core processors), as well as by a ring bus.Also, as part of the 34-core Raptor Lake crystals can distinguish eight DDR5 memory controllers and UPI blocks, which is unusual for standard desktop models.Crystal already presented desktop Raptor Lake- SThe staff of the stand, where they demonstrated the silicon wafers, also confirmed that these processors Raptor Lake-S with 34 cores, but did not specify whether they are server or consumer.The journalist notes that the size of crystals is much larger than the consumer model Raptor Lake-S for the LGA 1700 processor socket.It is very likely that Intel has shown crystals of some future powerful processors.Perhaps these crystals are for high performance desktop (HEDT) processors Raptor Lake-X, or on such crystals will be built processors for workstations Xeon W or other models.