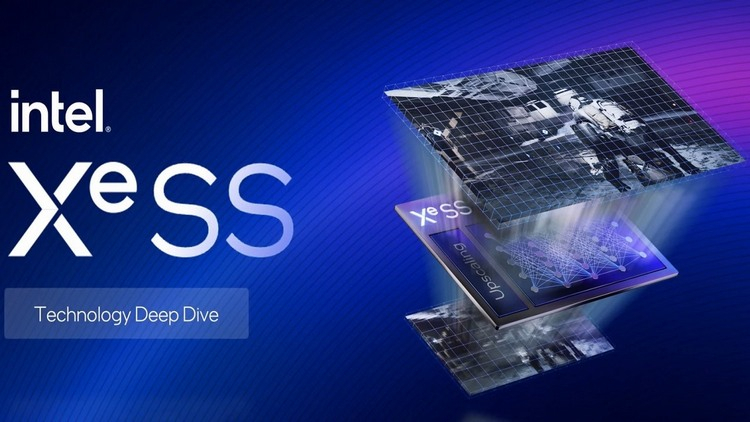 Intel launched XeSS scaling technology this week.Since Intel's Arc A7 series graphics cards in desktop version are not available yet, new solution can be tested on mobile versions of Arc, budget A380 desktop, as well as AMD and NVIDIA products.Journalists from Tom's Hardware and PCGamer conducted a series of tests.Testing was conducted in the game Shadow of the Tomb Raider.Image source: IntelIntel XeSS available in two versions: one designed for cores XMX on Arc processors, and the second works with DP4a instructions, which are supported by most modern graphics cards, including models of families NVIDIA Pascal, Intel Graphics 11th generation, as well as AMD Vega 20, Navi and newer.Source image: pcgamer.comJournalists from PCGamer took NVIDIA GeForce RTX 2080 Ti graphics card as a test case and compared its performance in three modes: with scaling disabled (native rendering) as well as with XeSS and DLSS.At 3440 × 1440 resolution, it showed 95 fps, whereas with XeSS and DLSS in Quality mode the results were 112 and 119 fps respectively.Image source: tomshardware.comJournal of Tom's Hardware ran a more thorough testing using previous and current generation NVIDIA and AMD graphics cards at 2560 × 1440 pixels.The results were quite interesting: Intel XeSS worked on all tested models but not always provided a significant performance boost, and in some cases, there was even a significant decrease in performance.Authors of the article explained the negative effect due to the fact that some models support DP4a instructions only in emulator mode - this affected, in particular, AMD Vega and Navi first-generation GPUs.Image source: tomshardware.comSignificant increase in performance in some cases, associated with insufficient amount of video memory, although 6 GB - not so little for the game four years ago.Modern models of video cards mainly confirmed the effectiveness of XeSS compared to native rendering.Especially curious was the result for budget Intel Arc A380, whose performance, varying the settings, managed to increase from the \"native\" 26.5 to 58.7 frames per second - more than twice.