The U.S.military will be the first to receive advanced 18A chips 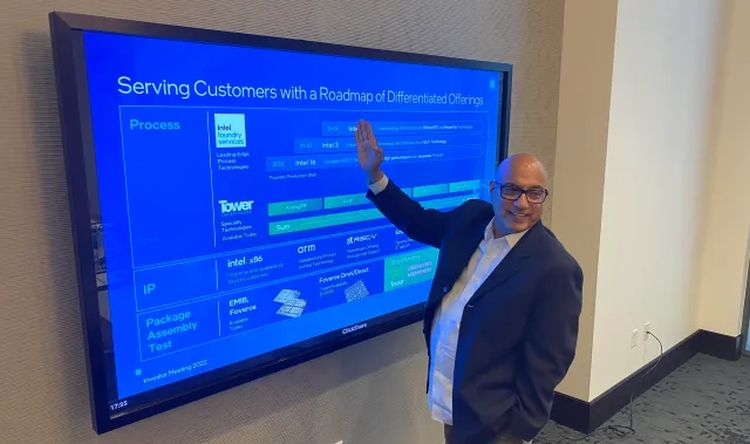 As it began building new facilities in Ohio, Intel made no secret that it would use them to serve outside customers in advanced 18A (18 angstroms - 18 tenths of a nanometer) technology, and some of the first customers connected with the U.S.defense sector will receive their orders.The company also plans to package and test the products in Arizona for those customers.Over the summer, the U.S.Defense Department complained that up to 98 percent of the microelectronics products it needs are manufactured or tested in Asia.Intel will try to solve this problem by creating a line at existing facilities in Arizona to test and package semiconductor components for the U.S.Defense Department in the foreseeable future.The Defense Department buys $3 billion worth of chips each year, Intel Foundry Service (IFS) President Randhir Thakur told EE Times.The company has already signed a $250 million contract with the Defense Department to design advanced semiconductor components with Intel.Image source: EE Times, Alan PattersonIntel intends to use the department's SHIP ecosystem, which allows for the integration of disparate computing components in one package.The U.S.Defense Department will be the first Intel customer to receive semiconductor chips made with 18A technology from the company in the second half of 2024.They will already be using a gate-around transistor (GAA) structure.IFS customers already include MediaTek, Amazon and Cisco, bringing in about $800 million in revenue in the first year of Intel's contract business.This is not so much against the background of $56.9 billion received by TSMC last year, but Intel is at the very beginning of this journey.Notably, for large customers like MediaTek, Intel is going to provide \"untouchable quotas\" that guarantee stable output for the customer even when demand is high.The purchase of Israel-based Tower Semiconductor will add to the IFS ecosystem with a network of facilities located in Israel, Europe, the United States and Japan, which last year together generated about $1.5 billion.These facilities use 500 to 65 nm processors, and especially valuable contributions to Intel business will come from these assets on the automotive and meth In the case of Intel's 18A technology, the toolkit has reached version 0.5, indicating that the research phase has passed, although the development of the process is still in full swing.According to Intel, the 18A process is comparable to the well-known 2nm process.To become a U.S.defense contractor, Intel must go through a complicated and lengthy process of security certification, but if it has such a certificate, it will automatically increase other customers' confidence in it.One of the confidence-building steps will be the establishment of a chip packaging and testing line in Arizona, since such operations with Intel products are currently carried out either in Malaysia, or in China or Vietnam.Intel now uses six different chip packaging companies, distributing orders to 18 companies.