You can play TES: Skyrim, Battlefield V and many other games on the Ryzen 7000 integrated graphics 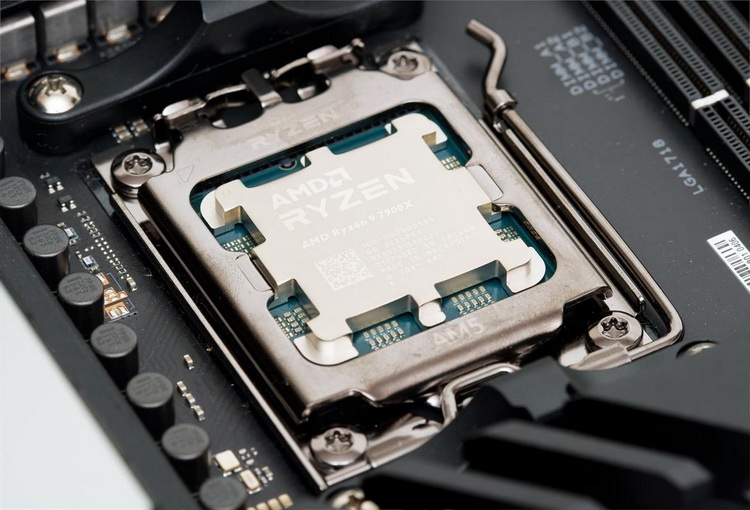 The first reviews of Ryzen 7000 processors that began to be published yesterday weakly touched on the built-in RDNA 2 graphics, which is present in all AMD next generation chips.The manufacturer itself has previously confirmed that the Ryzen 7000 \"embedded\" is not intended for gaming, but only for basic tasks.HotHardware and TechPowerUp portals have looked into whether this is really the case.It turns out that you can play games on the \"embedded\" of the new Ryzen.Image source: HotHardwareFirst, let us remind you that the embedded graphics is part of the chiplet with output interfaces.It is made according to the 6-nm process.The basis of the graphics core is a pair of RDNA 2 blocks, which together have 128 stream processors.The clock frequency is 2200 MHz.According to journalists, the integrated graphics in Ryzen 7000 processors is really not suitable for playing modern games.Especially when it comes to gaming titles that rely heavily on graphics performance.They refuse to run at an acceptable level of performance even when using minimum quality settings.For example, Middle Earth: Shadow of War, as well as Watch Dogs: Legion and Call of Duty: Modern Warfare II.Raster performance \"embedded\" processors AMD new generation is at the level of graphics cards Radeon HD 4850, Radeon HD 5670 or Radeon HD 7730 and not too far behind the Radeon R7 250.These are very old video cards released more than 10 years ago.The GeForce MX150 and Intel UHD 750 are also cited as examples with comparable performance.In the first case, the performance is almost the same, in the second, AMD graphics are \"slightly faster\".But you shouldn't expect more from two RDNA 2 computational units, working at 2200 MHz.At the same time, new AMD Ryzen 7000 integrated graphics handles old and not too demanding games.Battlefield V, Unreal Tournament, Counter-Strike: Global Offensive, Starcraft II, The Elder Scrolls (including Skyrim) and thousands of other classic gaming titles should run on \"embedded\" without problems.Especially in reduced to 720p resolution.It is also noted that the graphics cope well with platformers, including modern.Running more or less modern games on the built-in graphics Ryzen 7000 processors is also possible.For example, HotHardware tested it in games such as Minecraft, Neon White, Prodeus and multiplayer Risk of Rain 2.In all of them, the Ryzen 7000 \"embedded\" showed a \"normal level of performance.\" Fortnite was not left out either.We ran it at 1080p resolution with DirectX 11 on medium settings.Under these conditions, the game averaged 30 frames per second.Reducing the resolution to 1600 × 900 pixels increased the average FPS score to 50, and by lowering the settings even more, the game was able to achieve more than 60 frames per second.Despite this, journalists would not recommend the Ryzen 7000 chip's integrated graphics as a permanent gaming solution.