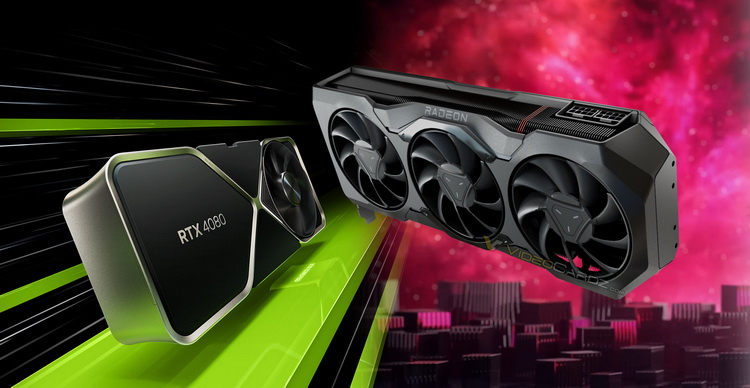 PCWorld reporters managed to talk to Frank Azor, AMD chief gaming and marketing architect, and get some details about the Radeon RX 7000 graphics cards on the new RDNA 3 architecture.AMD's representative said why at the time of the presentation of graphics cards Radeon RX 7900 XTX and RX 7900 XT novelties were not compared to models NVIDIA GeForce RTX 40-series.Image source: VideoCardzAccording to Mr.Azor, AMD is positioning flagship gas pedal Radeon RX 7900 XTX as a competitor to the GeForce RTX 4080.Since NVIDIA has not yet released the card, AMD had no information about the performance of the gas pedal to add to its comparison charts.\"[The Radeon RX 7900 XTX] is designed to compete with the RTX 4080.We have no information about its performance.This is the main reason why you didn't see any comparisons with NVIDIA solutions \u003C...> the $999 card can't be a competitor to the RTX 4090, which is rated 60% more expensive.[The Radeon RX 7900 XTX's] competitor is the RTX 4080,\" Azor said.He also commented on the announcement of FSR 3.0 image scaling technology and noted that the decision to introduce a new version of FSR was not spontaneous.According to him, FSR 3.0 will not only be supported by RDNA 3-based graphics cards.\"Our decision to announce FSR 3.0 is not some kind of backlash or a desire to quickly introduce a competitor to NVIDIA DLSS 3.We have been developing this technology for some time.Why will it be available later than many would expect? The main thing is to remember the key philosophy behind FSR technology.After all, FSR 1.0 and FSR 2.0 do not only work on RDNA and RDNA 2 graphics cards.They are supported by other generations of AMD graphics gas pedals.They are also supported by our competitors' graphics cards.This is much more difficult to implement than if we just added FSR 3.0 support only for RDNA 3 graphics cards.We really want FSR 3.0 to work on other graphics cards as well,\" Azor commented.Hinting at DLSS 3, which is only supported by GeForce RTX 40-series gas pedals, Azor added that support for just one architecture is much easier to implement.However, AMD has made a promise that FSR will be supported by multiple graphics architectures.But it takes time to implement this.The company is not yet sure it can 100% keep that promise, but it will \"try very hard.\"