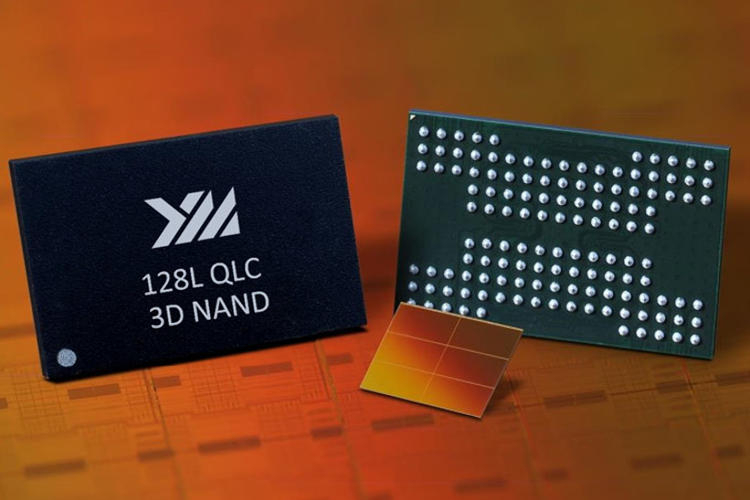 Chinese company YMTC (Yangtze Memory Technology Co.) is one of the most competitive Chinese electronics manufacturers.And in this it has been helped by a somewhat unexpected ally - Apple.The U.S.giant has helped the Chinese company to hire Western specialists, who have provided her reduced scrap rate and increased productivity, reports the New York Times citing its own sources.Image source: ymtc.comProduced YMTC 3D NAND memory chips have a unique architecture Xtacking - it involves making a memory chip from two crystals, which are stacked one on top of the other.The memory module itself is formed on one, and the other is used for peripheral logic.With through silicon connections (TSV), the 3D NAND chip offers the best of both worlds at once: a dense memory array and a fast interface.That is, the chips come out with high density and high speed.YMTC's competitors produce memory arrays and logic on the same chip, making it difficult to increase interface speed, and consumer SSDs can't unlock the full potential of PCIe 5.0 x4.On the other hand, the technology proposed by YMTC is significantly more complex than the solutions used by Kioxia and Western Digital, Samsung, SK Hynix and Micron.The Chinese company could not reach a high enough level of quality products (there were a lot of defects), and was stalling with the expansion of production.It is reported that Apple has helped YMTC with hiring specialists to fix the problems.Apple uses 3D NAND memory in the vast majority of its products - this means that it benefits from the diversification of supply so that manufacturers offer it more favorable prices.However, with the sanctions imposed by Washington on the Chinese semiconductor industry, Apple has abandoned its intention to use YMTC products even for devices to be sold in China.Due to the sanctions, the leading manufacturers of silicon wafers have now also stopped cooperating with the company.