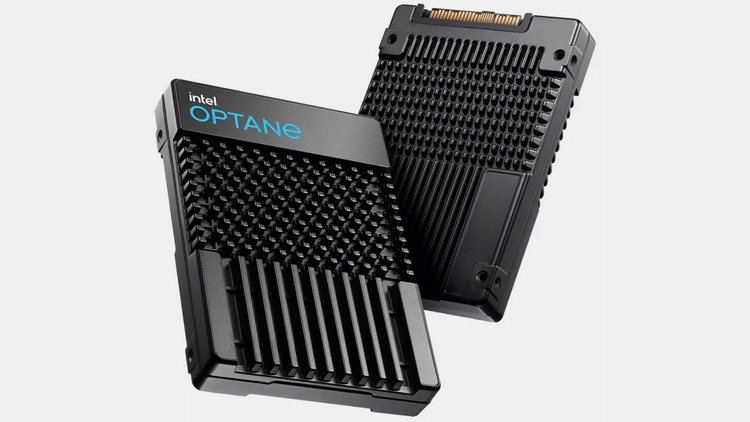 Intel has quietly and publicly started shipping the Optane P5810X SSD.For the technology giant, this is likely the last series of solid state drives based on 3D XPoint nonvolatile memory.Image source: Intel Recall that in July this year Intel decided to phase out such devices and thereby get rid of this area of its business.In 2020, Intel announced that it lost more than $500 million on the production of 3D XPoint memory and Optane drives based on them.The series of Intel Optane P5810X SSDs include models with capacities of 400 and 800 GB.They come in 2.5-inch U.2 form factor and are equipped with PCI Express 4.0 x4 interface. The manufacturer claims sequential read speed of 7200 MB/s for both models, and sequential write speed is 5,400 MB/s for the 800 GB version and 6,000 MB/s for the 400 GB model.Performance in random read and write operations is 1.5 and 1.38 million IOPS, respectively.Latency in these operations is 5 ns.In regards to SSD lifespan, their DWPD (number of full writes per day) is 100.A five-year manufacturer's warranty is claimed for the devices.Nothing is known about the cost of Optane P5810X SSDs.It is also unclear how long the company plans to supply them.