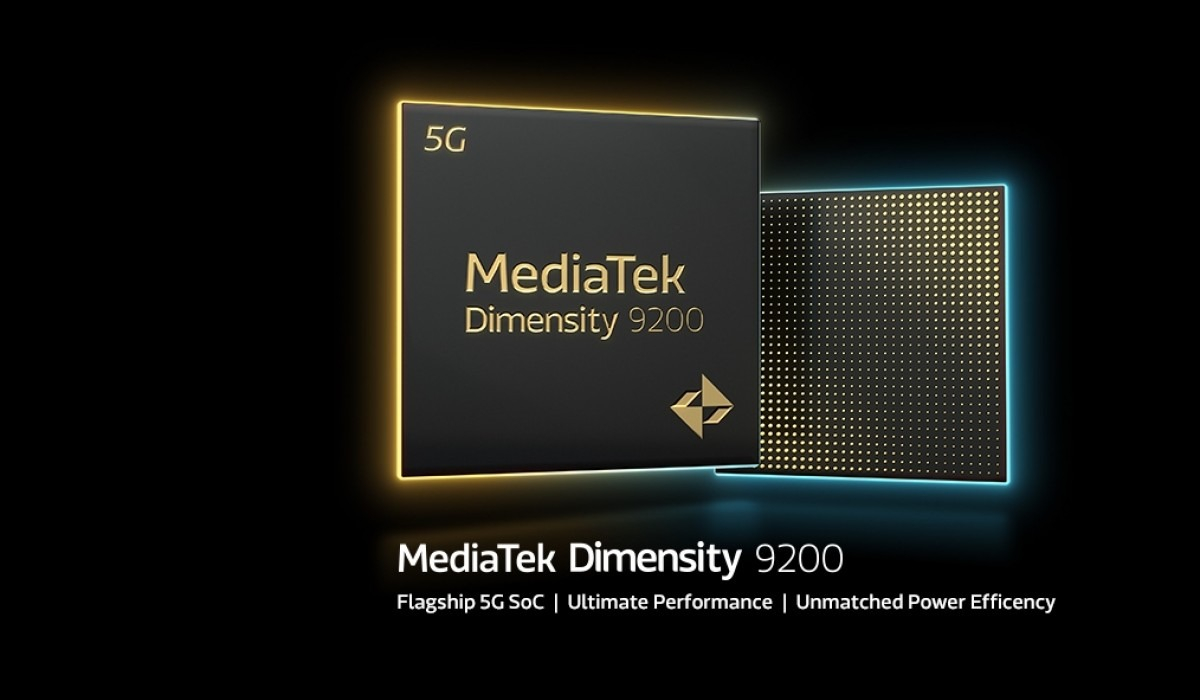 MediaTek unveiled the Dimensity 9200, a flagship mobile single-chip platform that uses the latest solutions for the mobile industry.It is the first mobile platform to use the Arm Cortex-X3 main core with ARMv9 architecture and a 3.05 GHz operating frequency.In addition to the Cortex-X3 core, the new chip uses three powerful 2.85 GHz Cortex-A715 cores and four efficient 1.8 GHz Arm Cortex-A510 cores.The new chip is manufactured according to TSMC's second-generation N4P 4nm process.Note that the upcoming Snapdragon 8 Gen 2, which will be the main competitor of MediaTek novelty, is rumored to have four core clusters: one Cortex-X3 (3.19 GHz), pairs of Cortex-A715 and A710 (2.8 GHz) and three Cortex-A510 (2.0 GHz).The second breakthrough solution in Dimensity 9200 is the advanced Arm Immortalis-G715 GPU with hardware ray tracing acceleration.The new flagship platform supports Variable Rate Shading (VRS), that is variable rate shading, which should improve performance.It also supports LPDDR5X random access memory with data transfer rate up to 8533 Mbit/s and the latest UFS 4.0 ROM.There is also sixth generation AI processing unit (APU) 690, which provides up to 35% better performance compared to its predecessor, according to ETHZ5.0 benchmark.It also features up to 30% and 45% reduction in power consumption for image noise removal and upscaling by AI.The Dimensity 9200 supports up to two displays up to 5K resolution at 60 Hz or 1440p at 144 Hz or 1080p at 240 Hz.It's also the first chipset to support Wi-Fi 7 at up to 6.5Gbps.Of course, 5G networks are supported - both up to 6 GHz and millimeter band (mmWave), Bluetooth 5.3 is also provided.The Imagiq 890 image processor is capable of handling RGBW sensors, saving 34% power compared to the previous generation variant.Finally, MediaTek eXtreme Power Saving technology is used on the basis of AI, allowing to use up to 30% less energy in general.It is expected that the first smartphones based on the Dimensity 9200 will appear on sale before the end of this year.It is known that back in spring, according to AnTuTu benchmark, smartphones based on the Dimensity 9000 chip for the first time were among the top ten most powerful, displacing Snapdragon 8 Gen 1 models.