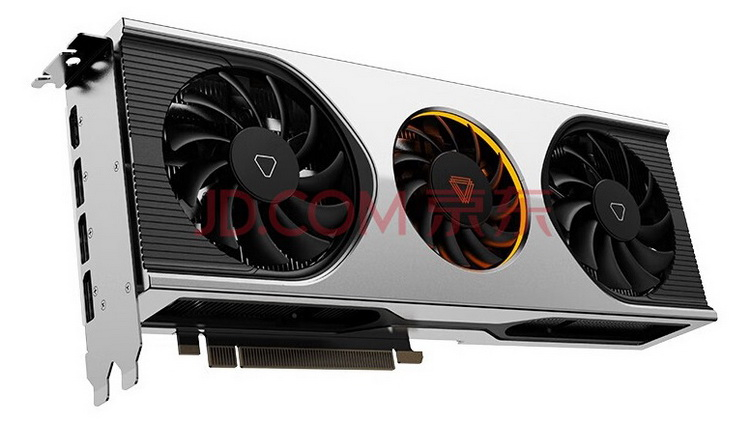 Chinese company Moore Threads has started selling the MTT S80 gaming graphics card based on the GPU of its own design, as promised.You can find the graphics card on the online store JD.com, for example.The card is offered for 2999 yuan (about $411).However, in addition to it comes with a motherboard ASUS TUF Gaming B660M-PLUS D4.Image source: JD.comThe cost of the above motherboard is about $141.Thus, the Moore Threads MTT S80 graphics card itself is priced at around $270.Vendors promise to start shipping the gas pedal on November 16.The Moore Threads MTT S80 is based on the MT Unified System Architecture (MUSA) which is based on a revolutionary graphics processor named Chunxiao.It has 4,096 cores and runs at a clock speed of 1.8 GHz.The card has 16 GB of GDDR6 memory with 14 Gbit/sec per pin and support 256-bit bus.In videocard equipment includes three ports DisplayPort 1.4a and one HDMI 2.1.It is also pointed out that there is one 8-pin connector for additional power.The most interesting detail about MTT S80 is the PCIe 5.0 x16 support.In fact, this is the world's first gaming graphics card with such interface.It supports both DirectX and OpenGL graphics APIs.Previously, the manufacturer said that MTT S80 is already optimized for some games.They include, for example, Crossfire, League of Legends, Diablo 3, Minecraft and Need For Speed Hot Pursuit 3.