NVIDIA - about burnt-out RTX 4090 connectors: 50 known cases, users' fault, but the case is under warranty 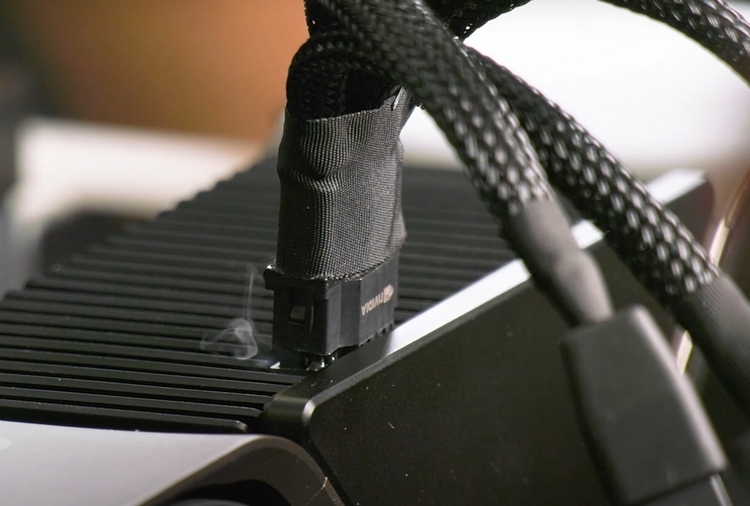 NVIDIA finally issued an official statement regarding the problem with melting 12VHPWR power connectors plugged into GeForce RTX 4090 graphics cards.After weeks of investigation, the company said the source of the problem was mating connectors improperly.NVIDIA said it knows of about 50 cases of melted connectors around the world.To date, the company has concluded that the common cause of the problem is that \"the connector was not fully inserted into the video card.\" In fact, similar conclusions were reached the other day by the experts of the YouTube channel GamersNexus, who conducted their own independent investigation.Above - incompletely inserted connector, below - fully inserted connectorThe company noted that it is studying different approaches that would allow users to make sure that the connector is connected correctly before turning on the video card.So far, NVIDIA recommends first plugging the power connector into the graphics card, making sure it is fully inserted and has no gaps, and then plugging the graphics card into a PCIe slot on the motherboard.NVIDIA also noted that it is committed to supporting customers and providing a fast warranty process for graphics cards, \"regardless of the cable or card used.\"NVIDIA is still reviewing reports of melted connectors and looking for ways to ensure the card is properly connected to the power supply.At the same time, the company did not specify whether the latter would entail changes to the existing design or some other drastic measures.Also note that NVIDIA's statement about 50 cases indicates that the problem is not that widespread, given that NVIDIA and its partners have clearly sold tens, if not hundreds of thousands of GeForce RTX 4090s worldwide.