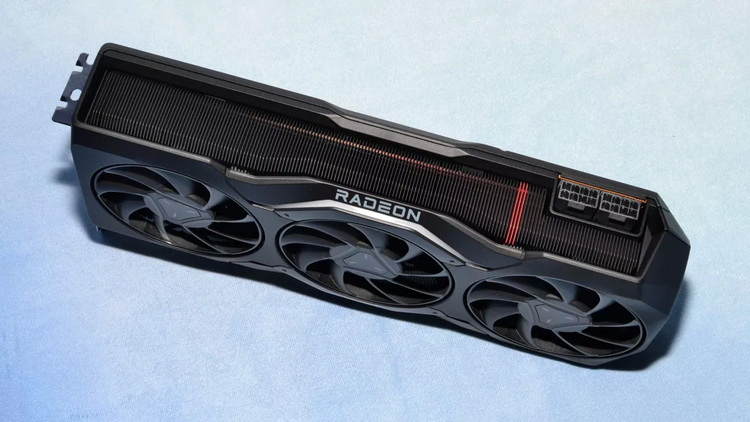 AMD has issued an official comment on complaints from some owners of reference versions of Radeon RX 7900 XTX graphics cards about the graphics processor overheating.The manufacturer recommends contacting technical support about this issue.Image source: Tom's HardwareAs noted earlier, some buyers of reference versions of Radeon RX 7900 XTX complained about overheating and high noise level of their gas pedals cooling system.In particular, owners noted a significant difference between the average GPU temperature and the temperature at its hottest point.In some cases the difference is over 50 degrees Celsius, with the hottest spot reaching 110 degrees.As a consequence of this occurs trotting GPU - the chip resets its operating frequency to reduce the temperature.\"We are aware that a number of users have experienced unexpected trotting in the reference versions of graphics cards Radeon RX 7900 XTX.Users who encountered such a problem, can contact AMD technical support \"- commented on the situation in a conversation with the portal Tom's Hardware.According to AMD, the temperature of 110 degrees for the GPU graphics card Radeon RX 7900 XTX is acceptable.This was reported by the manufacturer's technical support to one of the buyers of the reference version of the gas pedal, as he said on the forum Reddit.Independent analysis of the situation leads to the suspicion that the overheating of the GPU specified video card can be blamed on insufficient pressure on the contact pad of the reference cooling system to the surface of the graphics processor.According to Tom's Hardware, this suspicion is confirmed by some owners of these gas pedals.Disassembling the graphics cards followed by replacing the thermal paste and thermal pads seems to solve the problem.AMD itself is still collecting information on how widespread the situation with overheating of the Radeon RX 7900 XTX is.Despite the fact that the problem is not found on non-reference versions of this graphics card, it also helps PowerColor in the investigation, collecting customer feedback.AMD did not say when they will make a full explanation of the situation and a description of the steps to resolve it.Meanwhile, the company recommends owners of problematic cards to contact its technical support.As writes Tom's Hardware, many did so, referring to the company or retailer where the video card was purchased for a refund for the purchase.