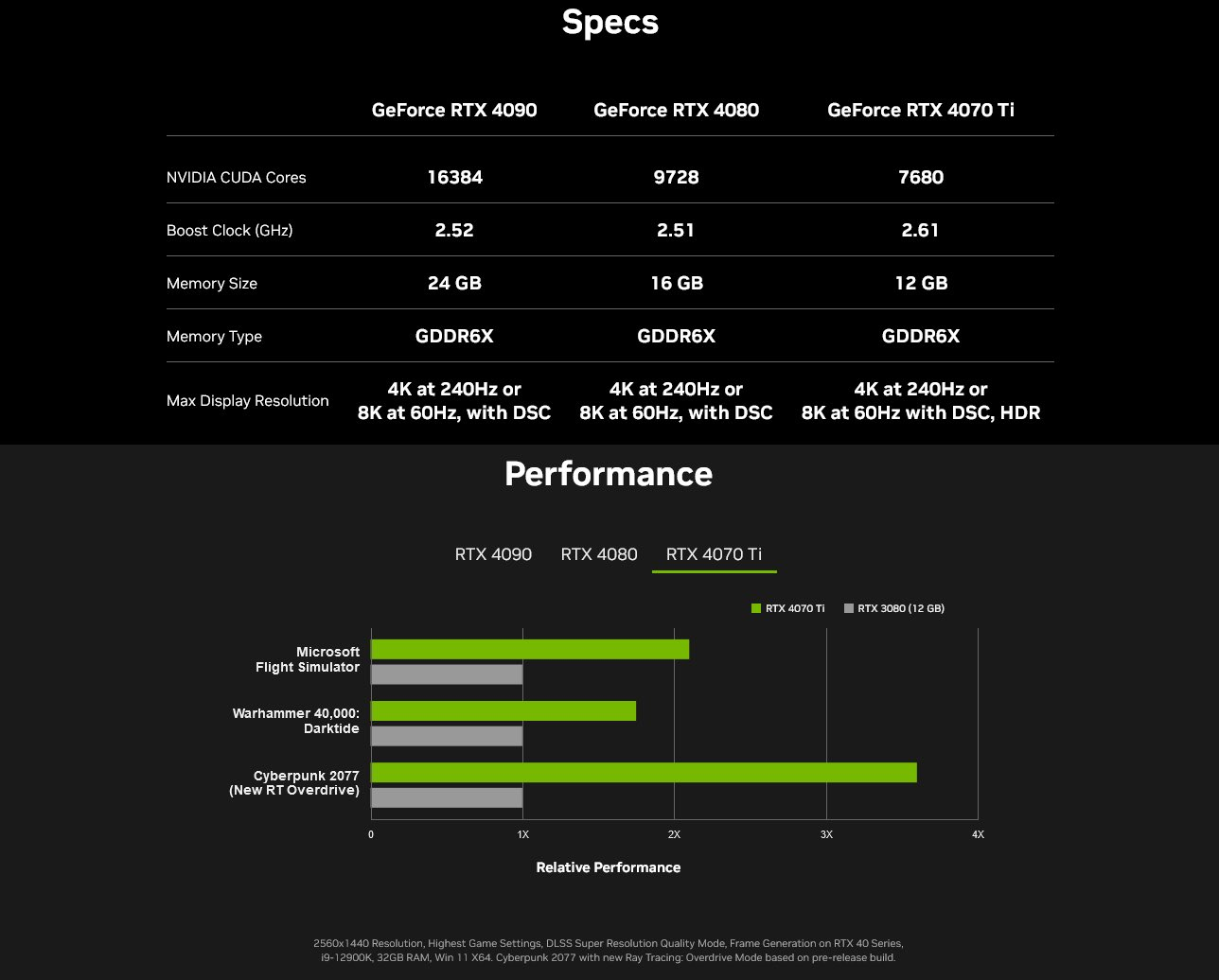 The GeForce RTX 4070 Ti desktop graphics card will be announced and launched only next week.However, NVIDIA's French office mistakenly published its specifications ahead of time on its official website.True, he soon realized his mistake and deleted this data, but the Internet remembers everything.Image source: Reddit / CouncilorIrissaVigilant Network users managed to make a screenshot of the published specifications.It allowed to confirm earlier speculations: GeForce RTX 4070 Ti is renamed GeForce RTX 4080 12GB, release of which NVIIDA had previously canceled.The graphics chip of the graphics card contains 7,680 CUDA cores, for it is claimed to run at up to 2.61 GHz.The card has got 12 GB of GDDR6X memory. GeForce RTX 4070 Ti specifications.Source: NVIDIA FranceIn addition to the characteristics of the gas pedal, the company also reported its gaming performance.Internal tests show that the novelty is up to 3.5 times faster than the model GeForce RTX 3080 12GB in games such as Cyberpunk 2077.However, these figures for performance are specified in view of the use of NVIDIA DLSS image scaling technology.Data on the \"pure\" gaming performance will be available in independent reviews, which will appear the day before the start of sales graphics cards.It is assumed that the GeForce RTX 4070 Ti will go on sale on January 5.Its recommended price is rumored to be $799.However, the graphics card will not be released in a reference design, so there may not be many models with a recommended price.