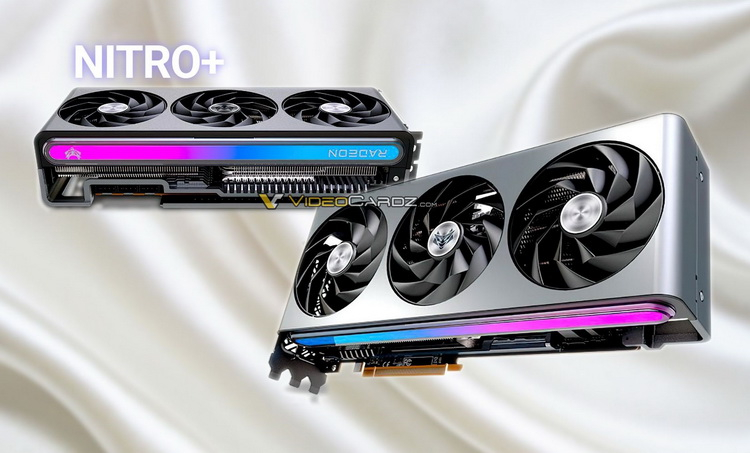 In VideoCardz portal have images of the upcoming graphics card Radeon RX 7900 XTX NITRO+ from Sapphire.Novelty equipped with a huge cooling system and has a very futuristic appearance.Image Source: VideoCardzThe manufacturer decided to completely redesign the cooling system for video cards Radeon RX 7900 series.The design now has a more modern and elegant appearance.The cooling system includes three large fans.The thickness of the video card is just over three expansion slots.There is a reinforcing plate on the back of the gas pedal. In the pictures of the novelty you can also note the presence of two large ARGB-backlit strips in the lower and upper parts of the video card.Backlight control will be done using Sapphire's proprietary TRIXX application.The card is also equipped with RGB-connector, which allows to synchronize backlighting of video card with backlighting of other system components. Unfortunately, Radeon RX 7900 XTX NITRO+ specifications are not available yet.However, we know that the graphics card will have a dual BIOS system and will get extra power through three 8-pin connectors.There are also two DisplayPort 2.1 and two HDMI 2.1 connectors.It doesn't have a USB Type-C port.It is available only for reference versions of Radeon RX 7900 series graphics cards.