The full specifications of the Core i9-13900KS 6GHz chip were revealed, and it was also up to 39% faster than its predecessor 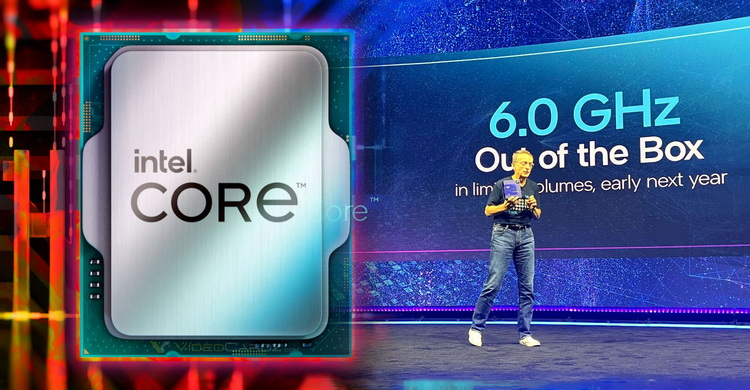 As part of the Raptor Lake desktop processor announcement, Intel has confirmed that it plans to eventually release another flagship processor capable of automatically overclocking to 6GHz right out of the box.Officially, the manufacturer did not disclose the name of this model, but apparently it was about Core i9-13900KS.The latest major leak about Intel chips confirmed these assumptions and revealed the full specifications of the upcoming select CPU.Image source: VideoCardzCore i9-13900KS is a 24-core processor, which includes eight efficient P-core and 16 energy-efficient E-core.The processor supports 32 threads.Turbo Boost Max 3.0 technology allows its 1-2 highest performing cores to automatically overclock to 5.8 GHz.Thermal Velocity Boost technology provides an extra 200 MHz of automatic overclocking to the same 6GHz.The base frequency of the Core i9-13900KS large cores is also 200 MHz higher than the regular Core i9-13900K, at 3.2 GHz.At the same time, the power-efficient cores of the KS version operate in the same frequency range - from 2.2 to 4.3 GHz. Image source: Twitter / @9550proThe Core i9-13900KS rated power consumption increased from 125W to 150W.However, the maximum power consumption has not changed and stands at 253W.The chip supports the same memory standards as all other Raptor Lake processor models - DDR4-3200 and DDR5-5600.Shortly after the above leak, the first data about Core i9-13900KS performance in synthetic Geekbench test also appeared on the web.The processor was tested with ASUS ROG Z790 Maximus Hero motherboard and 32 GB DDR5-7200 RAM. Image source: GeekbenchDetailed telemetry data from three Geekbench tests indicate that the Core i9-13900KS automatically overclocked on multiple cores to 5893 MHz, but its average clock speed was 5867 MHz.Image source: GeekbenchIn the single-core performance test the processor scored up to 2319 points, and in the multi-core performance test it scored up to 26,774.So, on average, its single-core performance is 10% better than its predecessor Core i9-12900KS (Alder Lake), and multi-core performance is 39% better.Image source: Geekbanksh Image source: VideoCardzThe Core i9-13900KS is expected to be officially launched in early January, at CES 2023.It should go on sale during the first quarter of next year.