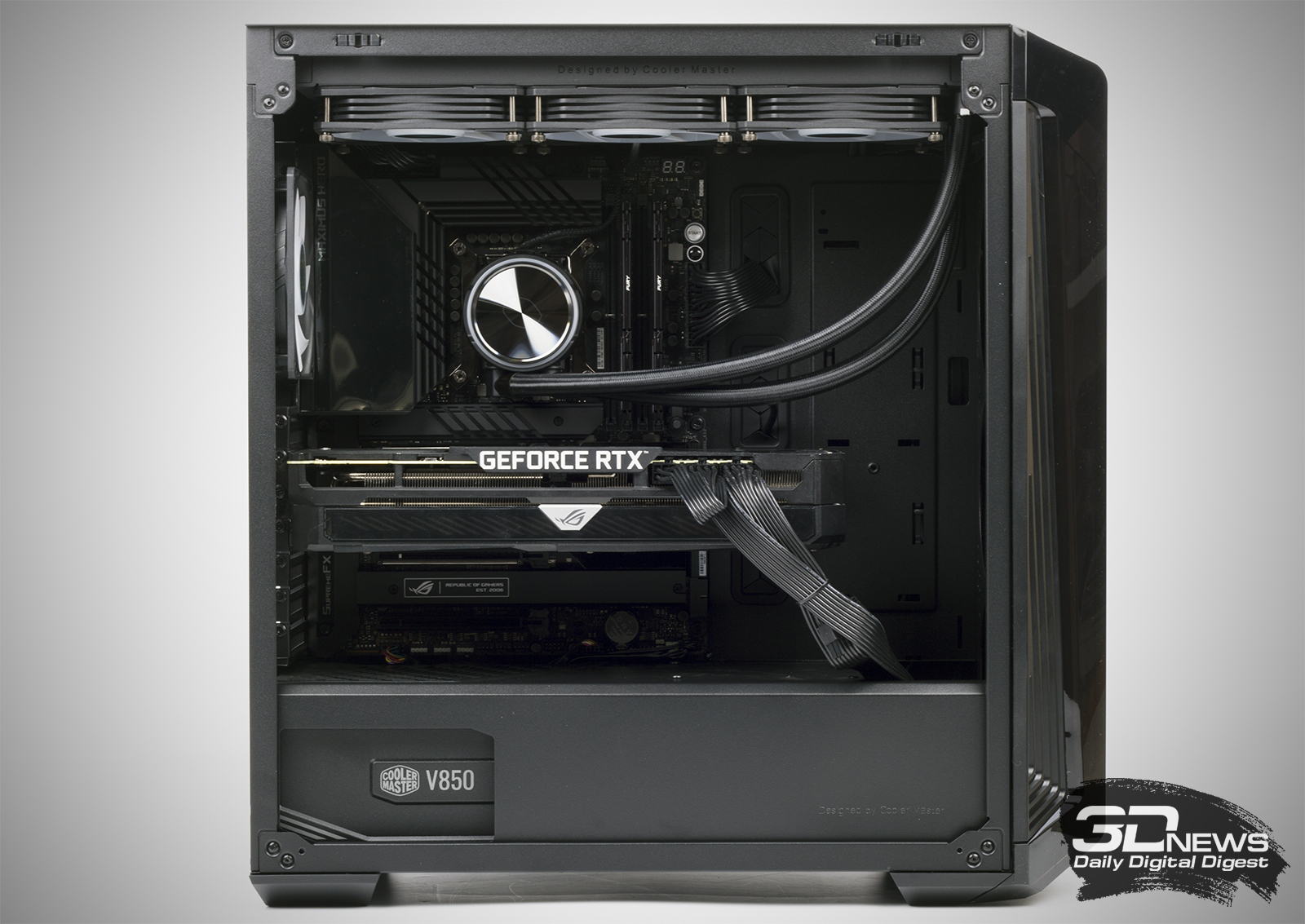 Assemblies Computer of the Month News

A reminder that \"Computer of the Month\" is a column in which we look at system units assembled exclusively from new hardware with a warranty from Russian stores.The next issue is published with the support of X-Com Shop which has offices in Moscow and St.Petersburg.X-Com Shop is a partner of the section, that is why in \"Computer of the month\" we are oriented on the products which are sold in this very store.Any assembly shown in Computer of the Month is only a reference point.The links in \"Computer of the Month\" lead to the corresponding product categories in the store.Besides that, the tables contain the prices rounded up to the value multiple of 500 rubles at the moment of writing the article.Naturally, during the \"life cycle\" of the article (one month from the day of publication) the cost of certain products may both increase and decrease. Computer of the month - June 2022A detailed step by step guide to assembling a system unit was published for newcomers who are still undecided to \"make\" their own PC.It turns out that in the \"Computer of the Month\" I tell you what to build a computer from, and in the guide - how to do it.⇡#Startup buildThe entrance ticket to the world of modern AAA-games...In this category we will consider builds with the ability to somehow play in Full HD resolution with at least medium graphics quality.And still satisfying this requirement PCs will brilliantly cope with games 5-7 years ago.Starter assemblyProcessorAMD Ryzen 3 1200, 4 cores, 3.1 (3.4) GHz, 8 Mbytes L3, AM4, OEM6 500 rubles.Intel Core i3-10105F, 4 cores and 8 threads, 3.7 (4.7), 6 Mbytes L3, LGA1200, BOX9 000 rubles.CoolerCooler for AMD Example: - AMD Wraith Stealth 500 rubles.AMD B450 Motherboard Example: - GIGABYTE B450M DS3H4 000 rubles.Intel H510 Express Example: - MSI H510M PRO-E4 500 rubles.RAM16 Gbytes DDR4-3200 Example: - Kingston FURY KF432C16BBK2/168 500 rublesGeForce RTX 1650 graphics card, 4 GB GDDR6 or Radeon RX 6500 XT, 4 GB GDDR624 000 rublesSSDrive, 500-512 GB, PCI Express Example: - Crucial CT500P2SSD85 000 rublesMidi-Tower case Example: - Eurocase MA022 500 rub.Power SupplyExample: - Deepcool Nova DN500, 500W3 000 rublesTotal 54 000 rubles.- AMD 56 500 rubles - IntelIn March, April, and May, the starting lineup looked very different compared to what it was in 2021 and early this year.For the first time, Computer of the Month featured a \"gaming\" variant of the system unit without discrete graphics.The word \"game\" is not accidentally taken in quotes: it is obvious that even the fastest \"embedded\" does not provide a high frame rate in most games - and not even the most modern.Same Vega 8, used in some AMD chips, is more suitable for very, very old projects, as well as for multiplayer games with minimal graphics quality.In other words, this spring's starting build is an option for those who want to play at least something somehow.To the radical changes in the cheapest \"Computer of the Month\" configuration I was prompted by the well-known events.In March it was very hard to find hardware at least at January and February prices, and at a certain point it seemed that the country could be left without computer parts for an indefinite period.Now I look into the future with a timid but optimistic feeling because the events of the last years clearly show the unstable times we live in.To make any predictions now would be like guessing by a tea-leaf.And nevertheless it is worth admitting that closer to the summer the prices for many components went even lower than in January.Then, remember, the variant with Ryzen 3 1200 and GeForce GTX 1650 would have cost you 59,000 rubles.If you look for new hardware at the lowest prices, you could save five thousand rubles, I think.It was the reduction of the cost of the assembly that prompted me to return to the starting version with a discrete graphics gas pedal.The choice, however, turns out to be small: from available graphics cards are on sale only GeForce GTX 1650, Radeon RX 6500 XT and Radeon RX 6400.The last model on the list has noticeably dropped in price over the month - the MSI Radeon RX 6400 AERO ITX version is priced from 21,000 rubles.However, this card is of interest only when using a platform that supports the PCI Express 4.0 standard.Otherwise, due to bus limitations the FPS in games will be noticeably lower than the graphics card GPU is capable of.And so, in ideal conditions of use, Radeon RX 6400 is equal to GeForce GTX 1650 in games in full HD resolution.Interestingly, between GeForce GTX 1650 and Radeon RX 6500 XT can also be put an equal sign, but if these graphics cards are used in platforms with PCI Express 3.0.But when using a faster express bus AMD video card turns out to be 14% faster on average.A great comparison of collection