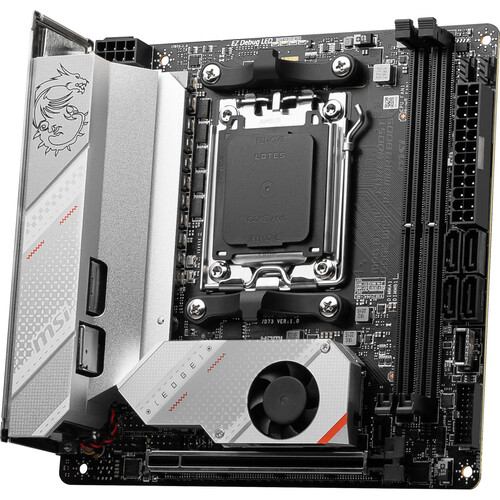 Only the flagship chipset X670 and X670E motherboards are offered for AMD Ryzen 7000 processors, which are not so cheap yet.In the near future, more affordable AMD B650 and B650E motherboards will be available for sale.But even among them, it may be difficult to find a budget model.American retailer B&H Photo Video has published prices of several B650-based motherboards, starting from $200.MSI MPG B650 Carbon WIFI has the highest price among the reviewed models at $329.99.At the same price you can find solutions based on the older AMD X670, albeit with basic equipment. On the other hand, MSI PRO B650M-A WIFI is the cheapest amongst the devices announced by the retailer with a $199.99 price tag.Of course this is not the full range of new motherboards even from MSI itself - obviously there will be a version of the MSI PRO B650M-A without Wi-Fi module and it will be cheaper.But don't count on a significant difference.On average, the price is about $250.Models are available in Mini-ITX, Micro-ATX and ATX form factors of the MSI PRO, MAG and MPG series.MSI MEG flagship series will feature only AMD X670 and X670E boards.At the end we should mention that AMD itself at the time of Ryzen 7000 processors and Socket AM5 platform announcement in August announced that the motherboards price for new chips will start from $125.We would like to add that AMD B650 and B650E motherboards are expected to be announced on October 4. 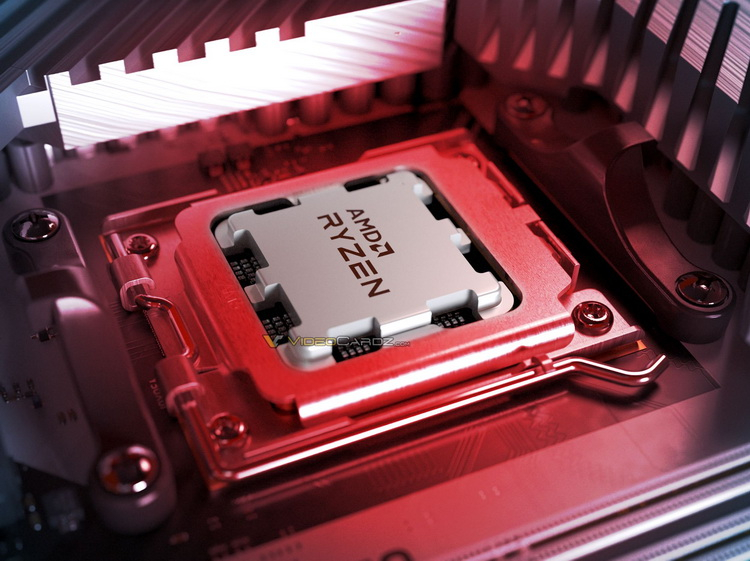 AMD will hold another Meet the Experts web conference on October 4.Motherboard vendor partners are invited to the event.They will be demonstrating their solutions based on new AMD B650 and B650E (Extreme) chipsets for Ryzen 7000 CPUs.Among the invited guests are ASUS, ASRock, MSI, Gigabyte and Biostar, who will briefly share the information about their products for 60 minutes.Image source: VideoCardzA similar event AMD held in early August.Then the company's partners showed motherboards on the X670 and X670E chipsets.At the event in October, expect the participation of AMD Product Marketing Manager, Don Waligroski.Ryzen 7000 processors will go on sale September 27.The same day we will begin selling X670E and X670 chipset based motherboards.The models based on B650 and B650E chipsets will not be available until October. The key difference between Extreme boards is the support for PCIe 5.0 interface for graphics cards and NVMe SSDs.On X670 and B650 chipsets, the availability of PCIe 5.0 support is optional and will depend on the implementation of a particular board model. 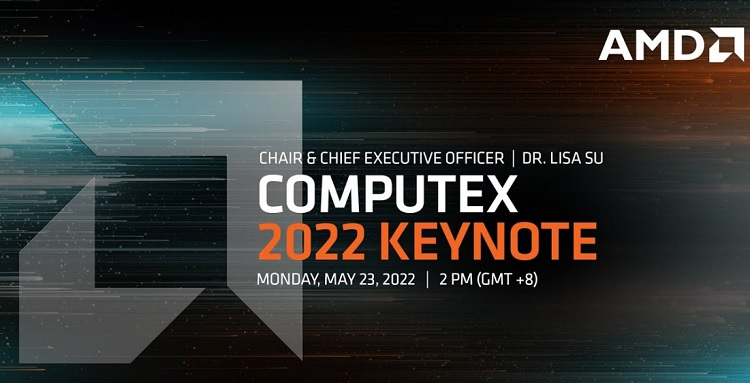 During the speech at Computex 2022 AMD CEO Lisa Su and her team announced new products.AMD chipset 600-series and new Socket AM5 (LGA 1718), which supports processors with TDP up to 170 W, were introduced to the Ryzen 7000 desktop platform.New platform will offer support for DDR5 memory and PCIe 5.0 bus for graphics cards and/or memory sticks.As expected, flagship AMD X670E (Extreme) chipset will offer maximum performance and overclocking capability, it will be used in flagship motherboards.It will also allow PCIe 5.0 to connect both SSDs and graphics cards.AMD notes that \"PCIe 5.0 will be everywhere\" here.A simpler X670 model for \"enthusiast overclockers\" is also being prepared for release, also with PCIe 5.0 support for drives and, optionally, for GPUs.Apparently, motherboard manufacturers will decide which interface to connect to the PCIe x16 connectors.AMD didn't comment on the difference between X670 and X670E chipsets.Also, B650 chipset, which is going to be used in entry-to-midrange boards, was presented.It will only connect memory drives via PCIe 5.0 while the graphics cards will use PCIe 4.0.Company representatives noted that the new bus will be supported by NVMe storages, already under development by Gigabyte, Corsair, MSI and others, and provides read speeds more than 60% faster than PCIe 4.0. AMD 600-series motherboards will be able to support up to 24 lanes of PCIe 5.0 for GPU and SSD, up to 14 USB ports of up to 20Gbps (SuperSpeed USB), Wi-Fi 6E and Bluetooth 5.2 (LE).Additionally, it became known that the 600-series motherboards will get up to four video ports, including HDMI 2.1 and DisplayPort, allowing you to connect multiple monitors simultaneously.The new socket AM5 (LGA 1718) comes to replace AM4, which was introduced back in 2016 and is still used by AMD - the last chip for it was introduced this year, it Ryzen 7 5800X3D.The new socket favourably differs in performance: instead of PGA (legs on the processor) AMD has implemented LGA connection, when the chip has only contact pads, and the legs are in the socket itself.As Intel has been doing since the noughties.At the same time, the developers stressed that the new AM5 supports cooling systems designed for AM4. It became known that the new AM5 platform also supports SmartAccess Storage technology, which is designed for \"pumping up\" the memory performance.But AMD didn't go into details.Among the motherboard models announced at Computex 2022 are ASRock X670E Taichi, ASUS ROG Crosshair X670E Extreme, Biostar X670E Valkyrie, GIGABYTE X670 Aorus Xtreme and MSI MEG X670E Ace.