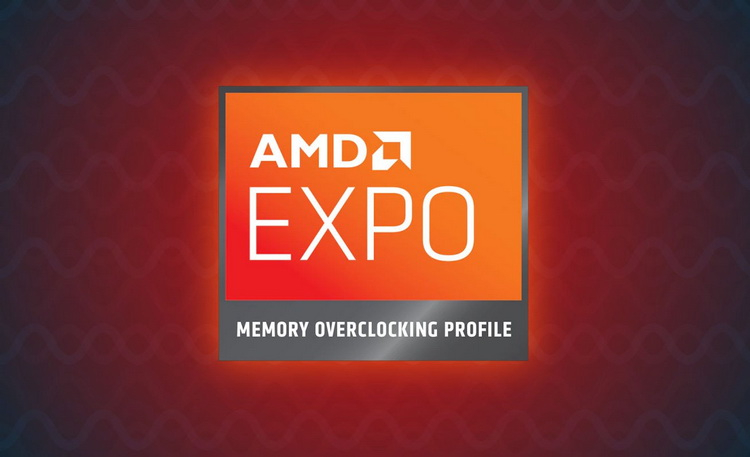 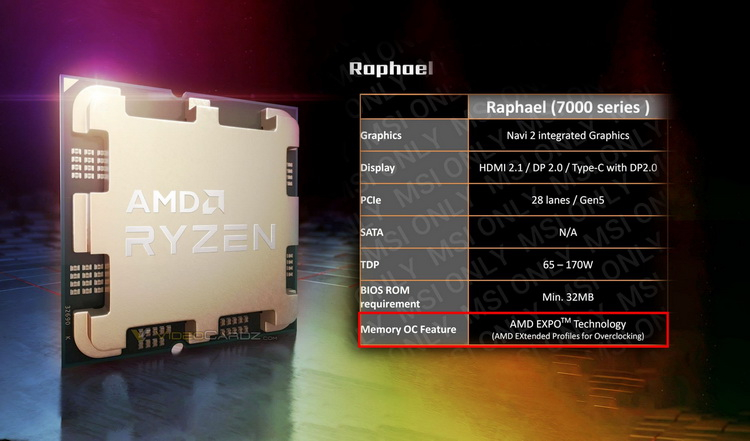 At Computex 2022, it was confirmed that AMD Ryzen 7000 processors will receive support for EXPO and Smart Access Storage technologies.The first technology has been previously reported.EXtended Profiles for Overclocking or EXPO is an analogue of Intel XMP 3.0 automatic overclocking profiles to increase the frequency of DDR5 RAM.Image source: VideoCardz / MSIAMD said that Smart Access Storage technology will be based on the already well-known Microsoft DirectStorage, which is used in Xbox Series game consoles and accelerates the loading of games.As noted by the company, the traditional game download scheme involves the participation of the CPU in the unpacking of game data and its movement, which increases the delay and requires a lot of CPU resources.Smart Access Storage will redirect the unpacking of game data to the GPU, bypassing the CPU, which will accelerate the loading of game levels and textures.Note that SAS which will not only rely on Microsoft DirectStorage, but also technology Smart Access Memory (SAM), which provides processor access to the entire memory of the graphics gas pedal.Image source: AMDAmd did not touch the topic of overclocking memory profiles EXPO, so the exact details about it yet unknown.However, the company used overclocked DDR5-6000 memory modules during the presentation of the Ryzen 7000 processor series. Source image: MSIThe EXPO technology was mentioned in MSI promo slides, which the company prepared to announce its motherboard based on chipset AMD X670.Another interesting feature of MSI promo slide is an indication that Socket AM5 platform supports 28 lanes of PCIe 5.0 instead of 24 lanes as AMD itself said during its presentation.It is possible that one of the manufacturers could have made a mistake.However, it is also possible that these four additional lines will be available for the next generation of Ryzen processors within the Socket AM5 platform, for example, for Ryzen 8000 conditional chips.Another interesting topic of discussion is the claimed TDP value of 170 W for the older Ryzen 7000 models.AMD has confirmed that this refers not to the nominal power consumption of the chip, but to the Peak Package Tracing (PPT) power value of the entire processor package.In other words, we're talking about the CPU's maximum power consumption during heavy loads.The actual TDP rating of the older Ryzen 7000 processor models is likely to be 105-125W.However, AMD does not specify this point.Still, the aforementioned MSI promotional slide clearly indicates exactly the TDP figure.If we're talking about TDP value, it is higher than current Ryzen 5000 processor's value of 142 W.VideoCardz says that MSI has asked the media not to publish the above slide.The manufacturer did not specify the reason.Perhaps because it indicates the EXPO technology, or maybe because it contains incorrect data.