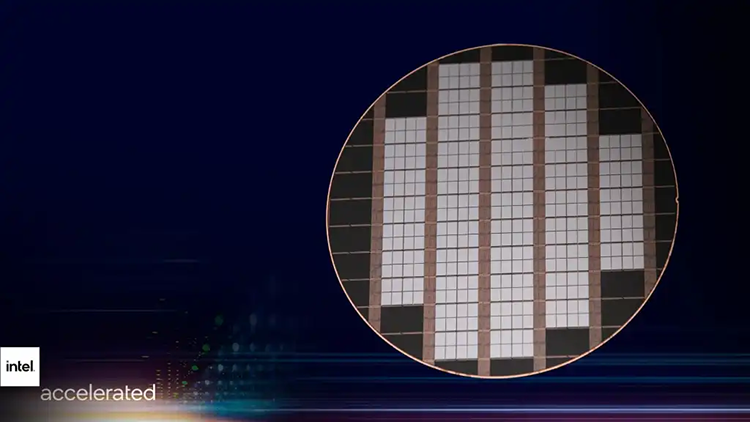 At the Innovation event, Intel representatives confirmed that the company is going to focus on expanding artificial intelligence capabilities in the next generation processors, code-named Meteor Lake.Image source: IntelThe hardware acceleration of AI algorithms in the processor will successfully solve such tasks as visual pattern recognition, prediction, background noise filtering when using The main goal of this article is to publish a detailed description of the hardware support for the AI unit on a Meteor Lake application, since it will allow processors to significantly accelerate the use of AI in their applications.The VPU (Versatile Processing Unit) with AI capabilities has been codenamed Movidus.According to Intel CEO Patrick Gelsinger, the implementation of AI capabilities in the new processor can be compared to the introduction of a math coprocessor for floating-point calculations in processors.He noted, \"People were saying, 'We don't need this floating-point math.' But over time, it just became the standard.So, the AI unit will be that standard and will be installed on every one of our platforms.\"Gelsinger also gave examples of what he thinks an AI-enabled Meteor Lake could accomplish: \"For example, I'm chatting in Zoom or making calls through Teams.The new processor capabilities will allow me to have a simultaneous translation or a transcript of that call.The cameras will constantly track the talking interlocutor and enhance the image.\"Image source:Mark Hachman / IDG Intel representatives also say that the new AI gas pedal will be supported by Microsoft, although in what capacity, it is not reported.\"Microsoft believes that neural coprocessors like Intel's VPU represent a tipping point in computing and will be key to providing a whole new range of capabilities for Windows users on PCs,\" Microsoft's Vivek Pradeep wrote.\"Microsoft is working closely with Intel on VPU.\"Interestingly, this is far from the first attempt to put AI capabilities into a processor.Prior to that, Intel tried to implement some AI features in the 10th generation Ice Lake processors, similar attempts were made by Qualcomm with its Snapdragon processors.However, neither of these attempts were successful. 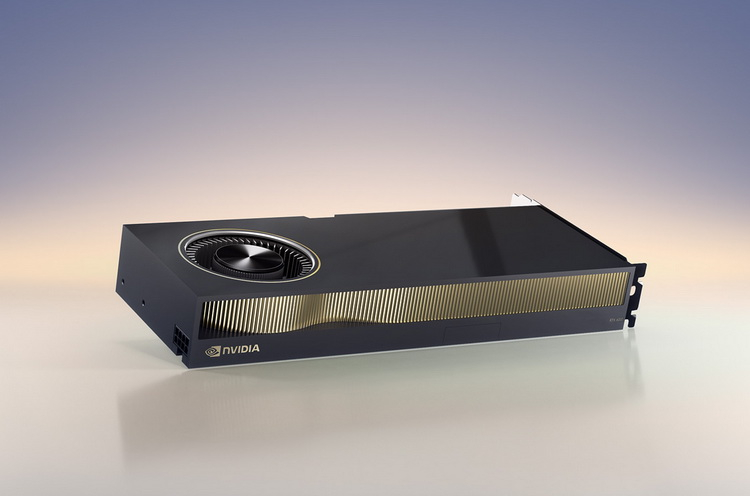 In addition to the next generation GeForce RTX 4090 and RTX 4080 graphics cards with Ada Lovelace architecture, NVIDIA at the GTC conference introduced the NVIDIA RTX 6000 professional graphics gas pedal for workstations with the same architecture.The manufacturer notes that new product provides 2-4 times higher performance in professional tasks compared to previous generation RTX A6000 model on Ampere architecture.Image source: NVIDIAThe main features of Ada Lovelace graphics architecture and, therefore, graphics cards based on it are: Third-generation RT cores that deliver up to two times faster performance in ray tracing operations compared to the previous generation; fourth-generation tensor cores that are up to two times faster in AI-learning operations thanks to extended FP8 data format support; and CUDA cores that are up to two times faster in single precision operations compared to the previous generation solutions.The NVIDIA RTX 6000 professional graphics gas pedal features a GPU with 18,176 CUDA cores, 568 tensor cores and 142 RT cores.The graphics card has 48 GB of GDDR6 memory with error correction feature (ECC).The declared indicator of power consumption is equal to 300 watts.It has active cooling system and works with PCIe 4.0 x16.The card offers four DisplayPort 1.4 connectors.For professional card also declared support for vGPU virtualization technology and up to three times the performance when encoding video for streaming multiple simultaneous sessions XR using NVIDIA CloudXR in comparison with the previous generation.NVIDIA RTX 6000 professional graphics card will be available from the main partners of the company in December.The price has not yet been announced, but we note that the last generation RTX A6000 graphics card cost $5000, so the new product is likely to be more expensive as its gaming brethren. 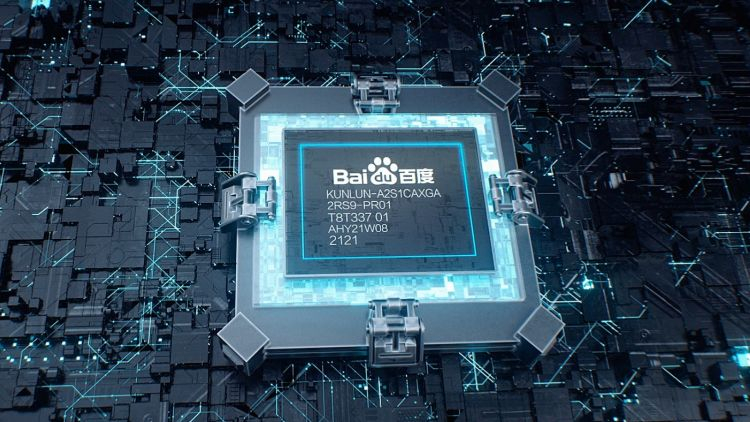 Baidu's structurally independent AI processor division Kunlun is trying to raise venture capital, and before the separation the business was capitalized at $1.5 billion.The new round of funding will allow Kunlun to raise the bar to $2.5 billion and attract new customers.Source image: PR NewswireA Bloomberg reported that Kunlun intends to raise about $317 million to be spent not only on developing new AI processors but also to expand its customer base, because its only customer now is its parent company Baidu, which uses Kunlun processors in its server systems for its search services.It is noteworthy that already existing processors Kunlun, introduced in August last year, are produced by 7-nm technology, advanced enough for the Chinese developer.Similar success until last year could boast and Huawei Technologies, but U.S.sanctions denied it access to the assembly line TSMC, and therefore a powerful stream of processors HiSilicon its development quickly depleted.The software giant Baidu's ambitions to create its own processors are understandable, as they replicate the experience of world leaders.Ready-made solutions by NVIDIA, Intel and AMD do not suit everyone, so Amazon and Google consider it appropriate to invest in the development of their own server processors.