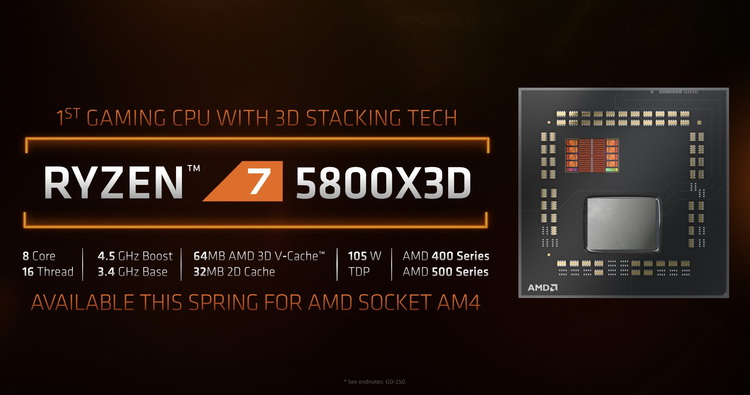 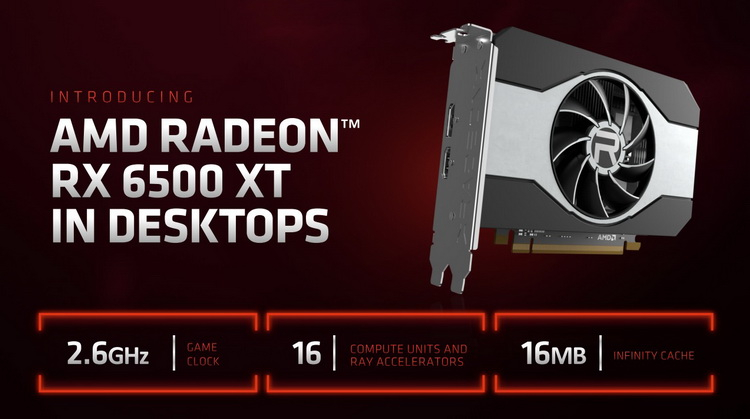 AMD has introduced a new entry-level discrete gaming graphics gas pedal & ; Radeon RX 6500 XT. The manufacturer indicates that the card will be on sale January 19. The recommended price for new items will be $199.

The Radeon RX 6500 XT is based on the Navi 24 XT processor developed using TSMC's 6nm N6 manufacturing process. The chip includes 16 execution units with 1024 stream processors and 16 blocks of hardware ray tracing acceleration. The gaming frequency of the processor is declared at 2610 MHz, and the maximum & ; at 2815 MHz. The graphics card features 4 GB of GDDR6 memory with 64-bit bus support and a throughput of 144 GB/s, along with 16 MB of additional Infinity Cache. The new graphics card has a claimed power consumption of 107W.

It has up to 1.6 times better gaming performance than popular solutions from the entry-level gaming segment. The company compares the novelty with the released in 2019 model NVIDIA GeForce GTX 1650 and presented two years earlier AMD Radeon RX 570. In addition to the aforementioned graphics card, AMD introduced a new scaling technology Radeon Super Resolution, which is essentially a software version of FidelityFX Super Resolution (FSR). Information about it was published at the end of last month. Recall that Radeon Super Resolution or RSR is based on the FSR algorithm.

RSR technology allows you to scale the image from lower to higher, while increasing the overall level of performance in games. Unlike hardware FSR, which requires support from game developers to implement, Radeon Super Resolution technology is implemented at the driver level and therefore, as AMD points out, will initially be supported in thousands of different games. The release of RSR technology will take place during the first quarter of this year, when the company will release a new version of the graphics driver Radeon Adrenalin Edition. The driver will include support for AMD Link 5.0 and Smartshift Max technologies, among other things.

The last one is designed for AMD-based notebooks with Radeon graphics cards and allows to effectively distribute power between CPU and graphics card when needed. The technology will get support for more games and allow for up to a 13% performance boost. The claimed SmartShift Eco feature will increase the laptop's runtime by up to two times.

It's also said SmartAccess Graphics will automatically redistribute the load between the laptop's built-in and discrete graphics cards, improving the performance and energy efficiency of the latter. 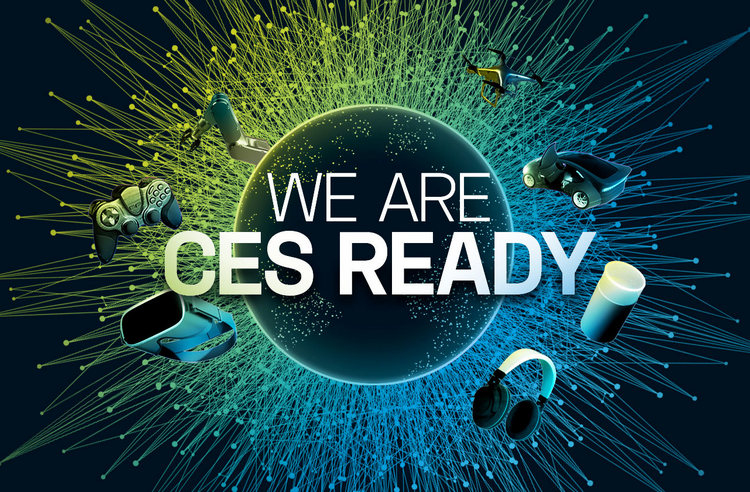 Tonight, AMD, NVIDIA and Intel will present their new processors and graphics cards

Today CES 2022 has started in Las Vegas, and on its first day there will be several high-profile announcements. Tonight, starting from 18:00, Moscow time, presentations of AMD, NVIDIA and Intel will take place. Each company will present several interesting products at the same time.

AMD will kick off the evening program at 6 p.m. Moscow time; its CEO, Lisa Su, will present the Ryzen 6000 (Rembrandt) mobile processors she showed off yesterday. In addition, announcements of new mobile graphics cards, desktop Ryzen processors with Zen 3+ architecture and additional 3D V-Cache memory, as well as entry-level desktop gaming graphics cards Radeon RX 6500 XT are expected. AMD will probably also share some details about the Zen 4 processors, which are due out later this year.

An hour after AMD, i.e. at 19:00 Moscow time, NVIDIA will start its event. It, if we believe a lot of leaks, should present new performance mobile graphics cards GeForce RTX 3070 Ti and RTX 3080 Ti, as well as its most powerful desktop graphics card & ; GeForce RTX 3090 Ti.

Finally, the Intel event will start at 9 p.m. Moscow time. The rest of the desktop Alder Lake processors that didn't debut last year will obviously be unveiled there. We are talking about models with locked multiplier and nominal TDP up to 65W. In addition, the announcement of mobile Alder Lake is expected. Intel will probably reveal something about its upcoming graphics. The company's event will be broadcasted on its website. 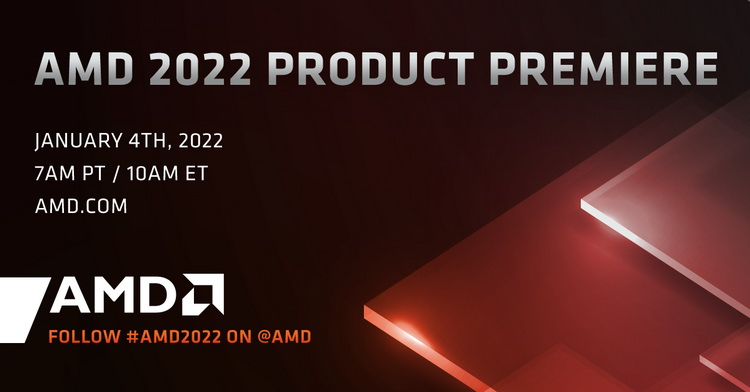 AMD, too, has declined to attend CES 2022 directly. The company fears for the health of its employees amid the new outbreak of coronavirus strain «Omicron». This was confirmed by AMD representative in a conversation with Tom’s Hardware.

After careful deliberation, AMD has decided to cancel its in-person presence at CES 2022 in Las Vegas. Instead, the company will hold a series of online presentations. While AMD had previously intended to announce new products as part of an online broadcast, our in-person meetings will be moved to a virtual environment in the interest of the health and safety of our colleagues, partners and community. We can't wait to tell you about our new products, as planned, on Jan. 4» & ; said an AMD spokesperson. Late last week Intel announced its refusal to attend CES 2022. As for NVIDIA, the company originally planned to hold an online presentation of its new products. By now, according to official data, more than forty different companies have announced their refusal to attend the exhibition. 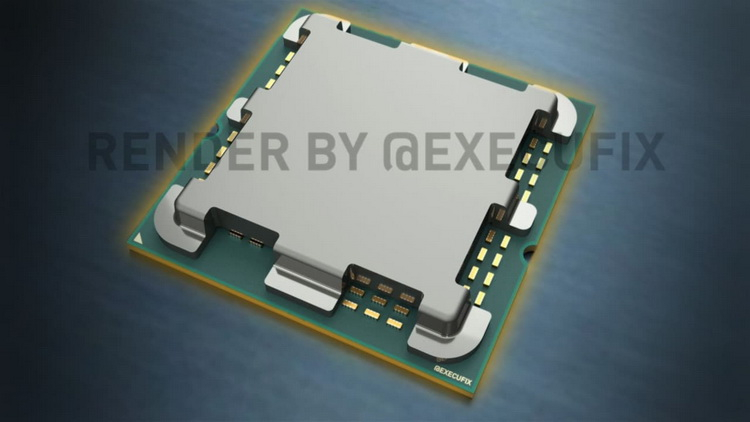 AMD will say something about Zen 4 architecture in early January, but the full announcement will be later

AMD CTO Mark Papermaster in an exclusive interview with Forbes' Anthony Leather confirmed that the company will be talking about the new Zen 4 architecture at CES 2022. However, the main part of the presentation will be devoted to the news about the Zen 3 architecture update, which received the technology 3D V-Cache.

AMD will unveil its next-generation mobile processors, the Ryzen 6000 series, on January 4. In addition, the manufacturer is expected to announce new desktop processors with Zen 3 cores and 3D V-Cache technology, as well as the high-performance Threadripper PRO 5000 (Zen 3) processor series. The announcement of the new Zen 4 CPU architecture is not expected before the third quarter of next year, but the company will announce some of its features at its January press conference, which was confirmed by Papermaster. «As for the next generation. We will be happy to announce some additional details about its future innovations. We will share some things about the Zen 4 architecture at CES, the rest will be revealed later in the year. Overall, 2022 promises to be an amazing year for the company» & ; commented Papermaster. Last month AMD announced the Genoa and Bergamo server processors. The company plans to release the former in 2022 and the latter & ; in 2023. For the consumer segment, if we believe the rumors, the manufacturer is preparing conventional and hybrid processors Raphael and Phoenix series.

Raphael series processors will be presented in both desktop and mobile segments. The mobile Phoenix's are attributed up to 16 physical cores. Exact configuration of these series processors is not known yet, but it is already confirmed that Raphael will support DDR5 memory and PCIe 5.0 interface. Desktop Raphael is also attributed to the use of integrated RDNA 2 graphics, which was absent in products based on Zen–Zen 3 architectures. 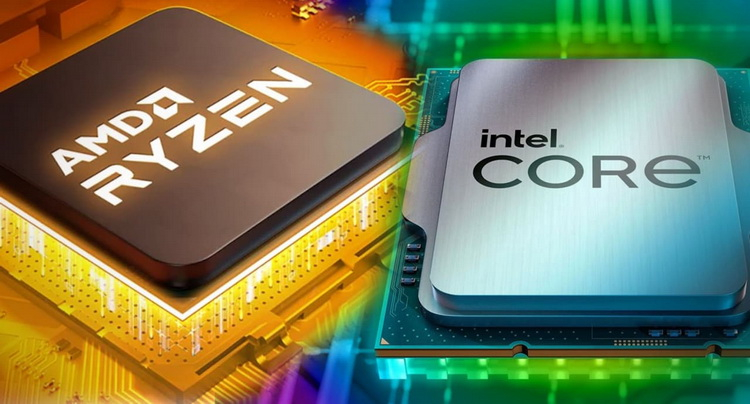 AMD and Intel have confirmed their participation at the international electronics show CES 2022, which will be held next January. Both manufacturers will hold virtual press conferences on Jan. 4. New products will be announced.

The consumer exhibition CES is often the place to announce new laptops, so here is also expected the announcement of new mobile processors and graphics cards. From AMD, for example, expect a new series of mobile high-performance processors Ryzen 6000H based on the 6-nm process technology, which is based on the Zen 3+ architecture and integrated graphics RDNA 2. The company also promised to show AMD's upcoming graphics solutions, but did not clarify whether it was mobile or desktop graphics cards. The presentation will begin at 18:00 Moscow time on January 4.

We should probably expect more announcements from Intel at the presentation, which will be held at 21:00 Moscow time on January 4. First, the company has previously confirmed that it is going to release mobile high-performance Alder Lake-P processors in the first quarter. Secondly, the manufacturer should announce the junior models of Alder Lake-S desktop processors, as well as motherboards on the junior Intel 600-series chipsets. However, the most anticipated new products from Intel are discrete graphics cards from Arc Alchemist series. Early rumors suggested that the manufacturer will first release a mobile version of these gas pedals.

More details about what the company is going to present, we are likely to be able to find out on December 15. On this day, Intel has planned a special press conference about the upcoming announcements for CES 2022. Also NVIDIA is going to be present at CES 2022. However, it has not confirmed it yet. The manufacturer may present updated mobile graphics cards GeForce RTX 30th, including brand new model GeForce RTX 3080 Ti for notebooks. According to rumors, the company is also preparing to release desktop graphics cards GeForce RTX 3090 Ti with 24 GB of memory, GeForce RTX 3080 with 12 GB of memory and GeForce RTX 3070 Ti with 16 GB of memory in January next year. The CES 2022 show could be a great place to talk about these products.