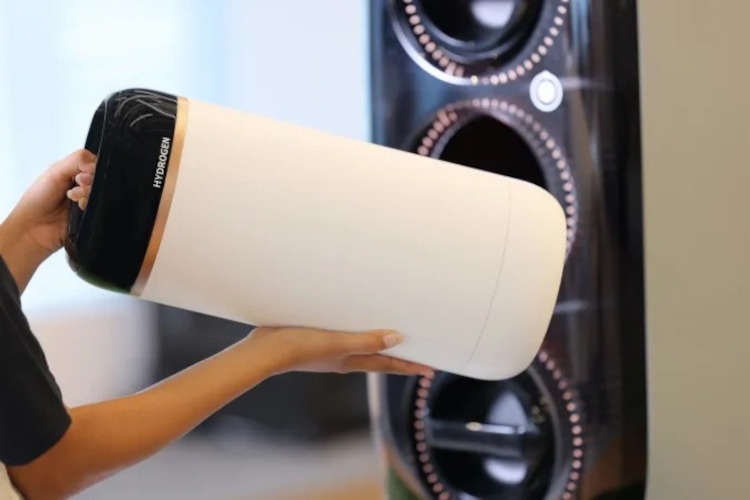 While many automakers are focusing on battery electric vehicles, Toyota continues to go its own way, trying to find the best technology for using hydrogen fuel, not only in transportation, but also in other areas.The new prototype of the replaceable hydrogen cartridge is easy and safe to use.Image source: ToyotaAlthough hydrogen fuel is virtually safe for the environment, the gas is extremely explosive and this limits the scope of its application.A technology jointly developed by Toyota and its subsidiary Woven Planet could fundamentally change the situation.The basic idea is that fuel cartridges can be refueled at a special facility, transported to where they are needed, and then returned for refueling.The cartridge is only about 40 cm long, about 18 cm in diameter, and weighs about 5 kg.Toyota calls them \"portable, affordable and convenient energy that allows you to bring hydrogen to where people live, work and play without the use of pipelines,\" followed by quick replacement and recharging.Cars are not limited to the scope of such cartridges - they can be used in home energy and other areas.According to the company, the gas in one cartridge should be enough to generate enough electricity to run a typical microwave oven continuously for 3-4 hours.In its press release, Toyota noted that most of the hydrogen today is produced from fossil fuels, so it is not really \"green\".Nevertheless, the company believes that in the future it will be possible to produce it with minimal harmful emissions into the atmosphere.Image source: ToyotaToyota plans to conduct a series of tests in different locations.The company also intends to build a comprehensive supply chain, which will speed up and simplify the production, transportation and daily use of hydrogen.For now, Toyota is positioning the cartridges as a solution for personal or home use.