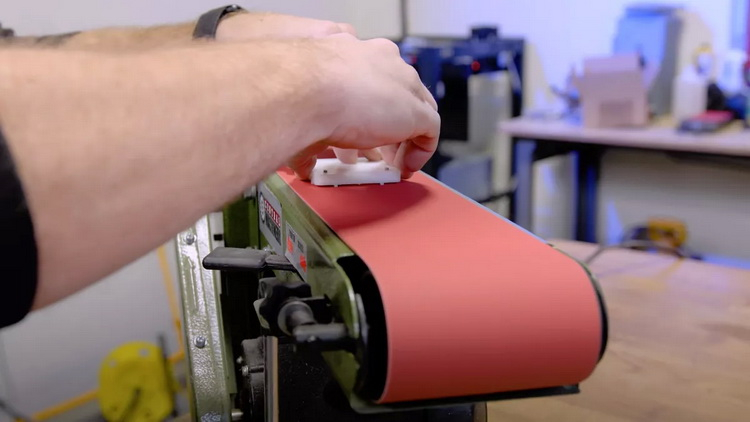 AMD Ryzen 7000 processors are equipped with a very thick (3.6 mm) heat spreading cover.This is done to make the new chips compatible with older cooling systems designed for Socket AM4.At the same time, the thicker cover makes the processors hotter because it transfers the heat from the chip to the cooling system worse.Enthusiasts are looking for different ways to solve this problem and now a relatively safe one has been proposed.Image source: YouTube / JayzTwoCentsOne of the extreme methods to combat the high operating temperature of Ryzen 7000 processors is scalping.As experiments have shown, the method can reduce the temperature of the same Ryzen 9 7900X from 90 to 70 degrees Celsius, that is as much as 20 degrees.However, this process is very risky because the CPU is easy to damage both when removing the cover, and when using it later in a \"naked\" form - it is not difficult to chip the crystal.In addition, any such manipulations with processors will deprive the user of the warranty.The popular technology blogger JayzTwoCents suggested another solution.Scalping is not used here, but using this method will also automatically void the warranty of the chip owner.The technoblogger reduced the thickness of his Ryzen 9 7950X processor cover by 0.8 mm with a grinding machine.As a result, the operating temperature of the chip decreased from 94-95 degrees Celsius to about 85-88 degrees Celsius with all its cores running at 5.10 GHz.Overclocking all cores to 5.40GHz resulted in a temperature increase to 90.65 degrees Celsius.All temperature readings were obtained with the use of the VSF.To \"modify\" the cover of the Ryzen 9 7950X processor the technoblogger used a special frame, in which the processor is placed before the procedure.This way the chance of damaging the CPU was reduced.The frame was developed by the famous enthusiast Roman \"Der8auer\" Hartung.It has a certain height at which the chip cover has to be ground down.In addition to the processor, the enthusiast had to modify the screws of the cooling system so that they allowed to fix it at the right height.This process requires a lot of patience, a steady hand, a grinder and an understanding of what you're doing.But as a result, you can expect a 7-10 degree Celsius drop in processor operating temperature.Again, both of these methods will void the owner's warranty on the processor.In addition, they are designed only for enthusiasts.For ordinary PC users, the best choice to combat high CPU temperature would be to choose a larger computer case with additional fans and a more efficient CPU cooling system.