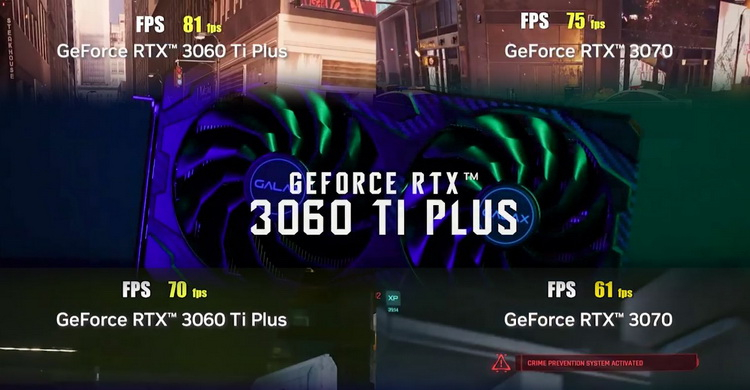 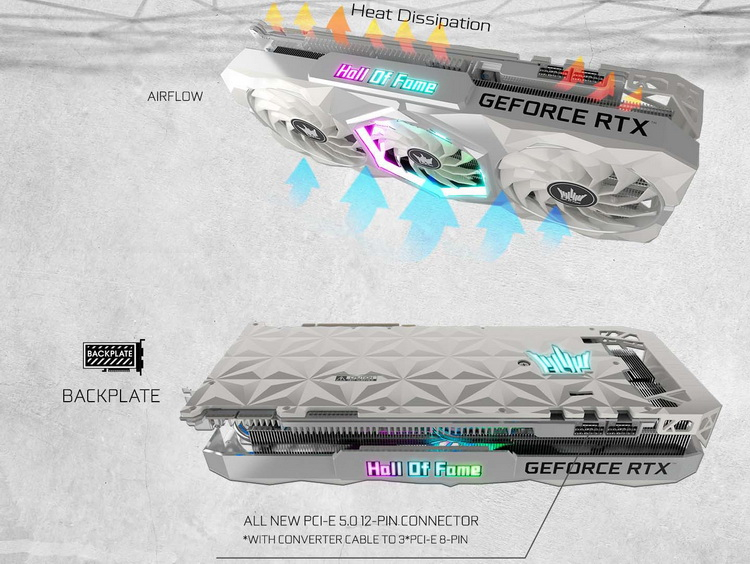 GALAX GeForce RTX 3090 Ti HoF gets 4.3-inch display and support in the kit

The first absentee study of the graphics card GeForce RTX 3090 Ti HoF by GALAX (KFA2) revealed that the power system is made in the \"24 + 4 phase\" scheme, and for additional power are responsible for two connectors type 12VHPWR.The novelty's official description on the vendor's site gives you a better idea of what it is.Advertisement Image source: GALAX (KFA2) OEM air cooling system includes three fans, two of which have 102 mm diameter impellers and the middle one has 92 mm diameter.The HOF Panel III display is 480x272 pixels, 4.3\" full color and 4.3\" diagonally mounted via USB, and can be mounted magnetically or on the table by means of a tilting stand.In conjunction with the display works proprietary utility HOF AI Software, which is now installed and smartphone, allowing you to control overclocking or work RGB-backlight.Image source: GALAX (KFA2)At the graphics processor graphics card provides three preset frequencies: 1860 MHz, 1920 MHz and 1935 MHz.The latter can only be called from the proprietary utility.The graphics card has dimensions of 339 x 144 x 68 mm and is equipped with 24 GB of GDDR6X memory.The package also includes a special adjustable aluminum support (pictured), which allows you to better distribute the weight of the video card after installing it in the system unit.Moreover the graphics card comes with brand-name gloves and two power adapters which allow connecting three eight-pin power supply connectors to one 12VHPWR socket.Three DisplayPort 1.4a outputs and one HDMI 2.1 output can be found on the rear panel.