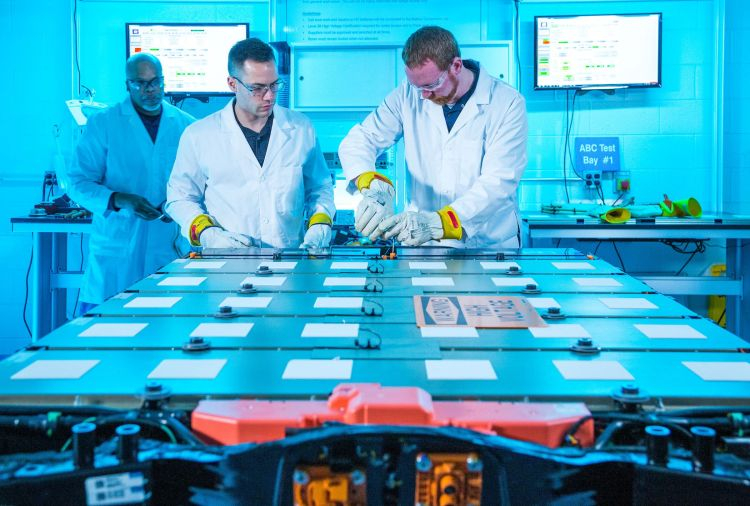 It is generally believed that this year, for the first time in the history of mass production of lithium batteries, their cost will stop decreasing, and this will have a negative effect on the rate of expansion of electric cars.Experts explain that this effect will not be long-term, and for the foreseeable future, savings in mass production of electric cars will allow to override the impact of rising prices for traction batteries.Source image: GMS Beginning this year, as explained by Barron's, the cost of the most popular metals used to produce traction batteries has increased by 50%, which itself has caused an increase in prices of electric cars on average by $ 1500 per unit.Tesla raised its product prices even more dramatically, counting on further cost increases throughout the year.Tim Grewe, General Motors' director of electrification, refers to the existence of the so-called Wright curve, which describes the tendency for production costs to fall every time output doubles.GM Corporation of America aims to reduce the cost of producing traction batteries by 60% by the end of 2026 or 2027.In a couple of years, it is possible to reduce the cost of production by 30%, but to do this, it will be necessary to double the production of batteries.The effect will be achieved not only due to economic dependencies, but also as a result of introducing a new composition of cathodes and electrolyte.Local companies in the U.S.and suppliers of raw materials close to them will be counted on to develop production.Taken together, all this will reduce the cost of electric cars by $5000 or $6000 by the end of the forecast period, more than offsetting the possible impact of rising raw material prices.In addition, the cost of electric cars could equal the cost of cars with internal combustion engines, and this would serve as a tipping point in the transition of consumers to electric power.At least theoretically, this is what the future scenario for the industry looks like.