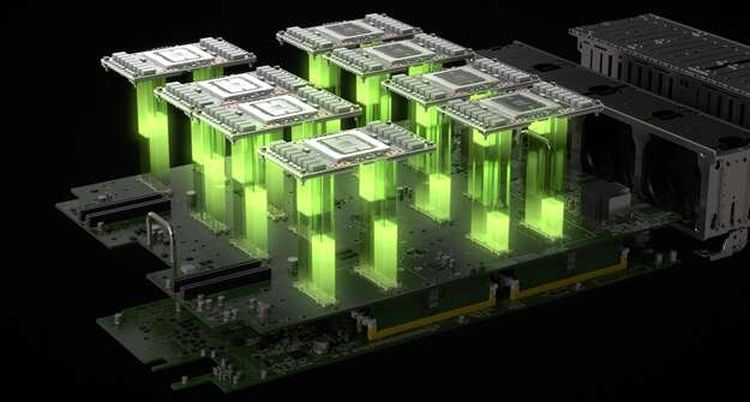 NVIDIA management chose to begin last week by saying the actual second quarter revenue numbers did not match market expectations, with the company refusing to comment publicly on related topics until the full report was published on August 24.Outside analysts expect that the third quarter in the reporting NVIDIA will not please investors, previously expected the company to receive $7.4 billion in revenue.Source image: NVIDIAAccording to experts at Bank of America, in the third fiscal quarter NVIDIA will get from $6 to $6.5 billion, and scheduled for this period, the announcement of new gaming solutions generation Ada Lovelace not particularly correct the situation.As you know, in the second quarter, NVIDIA's gaming revenue declined 44% sequentially to $2.04 billion, and triggered by a combination of factors, the crisis of overproduction in the consumer segment, according to the authors of the brief, though deep, but will pass quickly enough.It will clear the stock for the next generation of NVIDIA 5-nm GPUs - both in the gaming and server segments.In the third quarter, the company in the server segment will probably earn the same amount as in the second - about $3.81 billion, or slightly less, as the dynamics of sales continue to be negatively affected by a shortage of components.In the future, the demand for server novelties will begin to stimulate the growth of NVIDIA's revenue in this segment.First, Hopper generation compute gas pedals and Grace CPUs will hit the market.Secondly, they will be combined with Intel Sapphire Rapids and AMD Genoa CPUs.Representatives of Bank of America recommend NVIDIA shares for purchase and forecast their price value to rise to $220.Yesterday's trading session ended at $181.60.