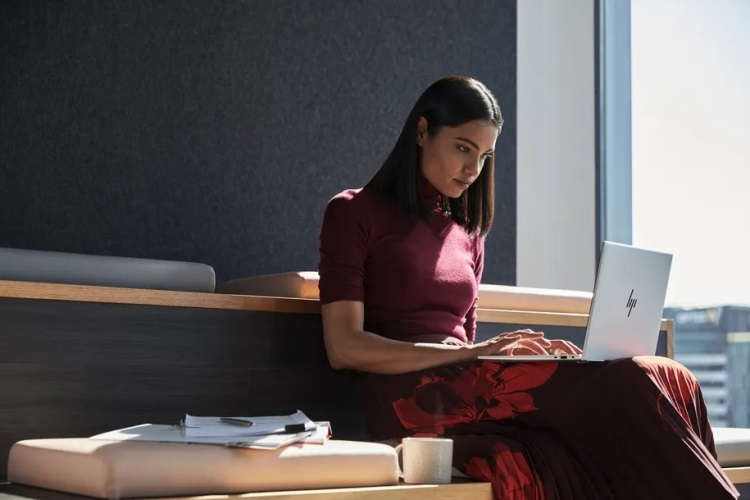 HP has announced updated laptops Elitebook 805, which got the latest AMD Ryzen Pro 6000-series processors, as well as screens with an aspect ratio of 16:10, which is slightly larger than the standard 16:9. Along with this, the manufacturer has announced a new Elitebook 605 series of notebooks, which includes two more affordable models.

The Elitebook 805 G9 series comes in three models: the 835, 845 and 865, which feature 13.3-inch, 14-inch and 16-inch displays, respectively. Regardless of the screen size chosen, the novelties can be configured with virtually the same parameters. The difference is that the smaller version of the device supports the installation of up to 16 GB of RAM format DDR5, while the other models can be equipped with up to 64 GB of RAM. In addition, the 14-inch and 16-inch versions of the device there are slots for RAM, due to which the user can independently swap memory modules if necessary, while in the younger version there is no such opportunity.

HP notes that the updated Elitebook 805 G9 is equipped with the latest AMD Ryzen multi-core processors, but no specific models are mentioned. We only know that we are talking about Ryzen Pro 6000-series processors, which are similar in basic parameters to the consumer Ryzen 6000. What models of new AMD processors will be available in Elitebook 805 G9 notebooks will be known closer to the sales launch. The laptops use panels with an aspect ratio of 16:10 and support a resolution of 1920 × 1200 pixels (the availability of touch control is not specified). All models are equipped with Wi-Fi 6E and Bluetooth 5.2, as well as up to 2TB PCIe Gen 4 x4 SSD. As for the available interfaces, we're talking about two USB 3.0 connectors, a pair of USB4 Type-C, as well as HDMI 2.0, a combined headphone and microphone jack.

The power source, depending on the screen size and selected configuration, will be a 38, 51 or 76 watt-hour battery. HP claims that the new Ryzen processors offer «impressive battery life» along with «incredible performance». At the same time, HP has announced more affordable versions of the Elitebook 605 G9: the 645 and 655 models, which feature 14-inch and 16.5-inch displays with a 16:9 aspect ratio, respectively. The hardware is based on the older AMD Ryzen 5000-series processors. As for the available interfaces, here we're talking about Thunderbolt 4 or USB4, HDMI, Ethernet, three USB Type-A 3.1 Gen1 ports and a combined headset jack. Both models support up to 64GB of DDR4 RAM and come with an optional NVMe PCIe Gen 3 drive, while the primary drive is a PCIe Gen 4 x4 drive.

The Elitebook 645 and 655 notebooks will reportedly go on sale this month, while the Elitebook 805 G9 won't arrive until April. The price of the new products will be announced closer to the start of sales. 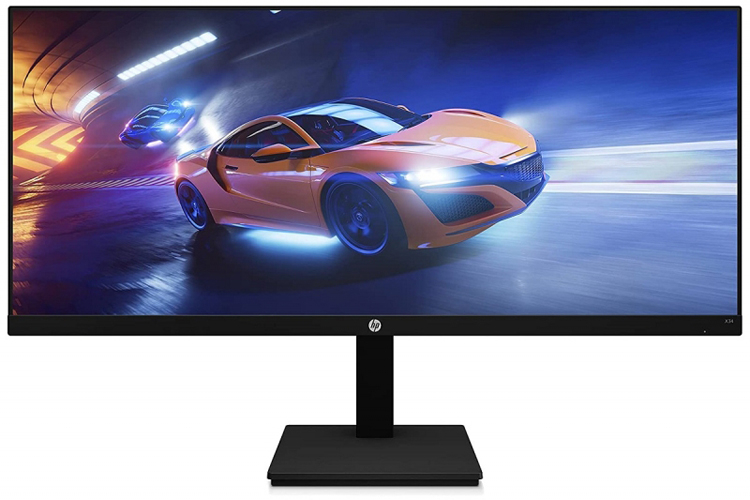 HP introduced the X34 monitor on the European market, designed for use in gaming desktop systems. The panel with a diagonal of 34 inches has a traditional flat shape.

The device conforms to the WQHD format: the resolution is 3440 × 1440 pixels at a 21:9 aspect ratio. Horizontal and vertical viewing angles reach 178 degrees. New product features AMD FreeSync Premium technology for smoother gaming and eliminating tearing of frame effect. Eyesafe system reduces the intensity of blue light emitted, which helps to reduce eye strain. The monitor has a brightness of 400 cd/m2 and contrast ratio of 1000:1. The refresh rate reaches 165 Hz and the response time is 1 ms (GtG). Declared 99 percent coverage of color space sRGB.

Connectors include DisplayPort 1.4 and HDMI 2.0 digital interfaces, as well as a standard 3.5mm headphone jack. The stand allows you to adjust the angle of the display within 25 degrees and change the height in the range of 100 mm. The HP X34 gaming monitor will be available for a guide price of 465 euros; 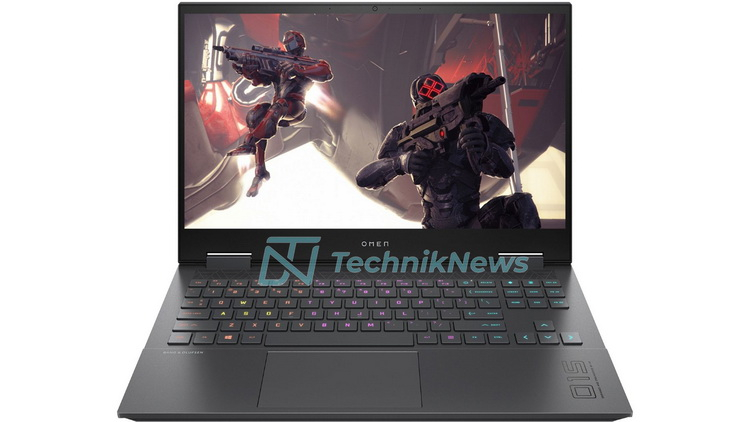 HP is preparing to release an updated model of the Omen 15 gaming laptop. Externally, the novelty is completely identical to the 2020 model. The main changes are in the inner workings of the portable gaming system.

Last year's model was quite important for the market gaming laptops at least in terms of variety. It was one of the few which offered a choice of several AMD Ryzen 4000 processors at the time when most manufacturers were only equipping their laptops with Intel processors. The updated HP Omen 15 2021 will also be able to offer Ryzen processors, but already the 5000 series, up to the eight-core Ryzen 7 5800H. It is very likely that the Intel Core 11th generation processors will also be available;

Last year's Ryzen-powered version of the notebook could be equipped with a GeForce RTX 2060 graphics subsystem. The Intel processor-based version was ready to offer a more productive solution in the form of the GeForce RTX 2070. The updated laptop model will get GeForce RTX 3060 with 6 GB of video memory. By the way, earlier HP released a kind of transitional model based on 10th generation Intel Core processors, offering GeForce RTX 3070 graphics.

It's also reported that the HP Omen 15 version 2021 will get 16GB of DDR4-3200MHz RAM and a 512GB NVMe SSD with PCIe 3.0 bus support. In the laptop segment, only Intel Tiger Lake-H-based models currently support PCIe 4.0. And this state of affairs will remain at least until the release of new AMD mobile chips, codenamed Rembrandt.

About the announcement date and the estimated cost of new items nothing is reported. It is very likely that the manufacturer will announce the laptop closer to the release of high-performance processors Tiger Lake-H, which, recall, Intel has promised to release in the second quarter of this year. 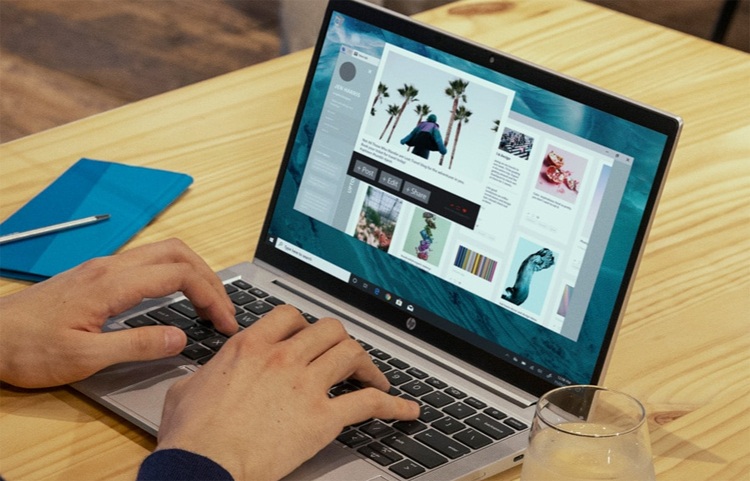 HP has announced the compact and lightweight ProBook 635 Aero G8 notebook based on the AMD Ryzen 5000 processor with an integrated Radeon graphics accelerator.

It comes with a 13.3-inch Full HD display with 1920 × 1080 pixels resolution. The keyboard is backlit and there's a fingerprint scanner for user identification. Up to 32GB of RAM is available. Storage is provided by a 256GB solid state drive. Wi-Fi 6 and Bluetooth 5.0 wireless adapters are provided. USB Type-A, a symmetrical USB Type-C and a 3.5mm audio combo jack are among the available interfaces. Above the display is a 720p webcam and an optional infrared camera.

The laptop weighs less than one kilogram & ; 990 g. For power is responsible battery capacity of 53 W·h. The operating system used is Windows 10. The ProBook 635 Aero G8 will go on sale in May. It will be available at a guide price of $1150; 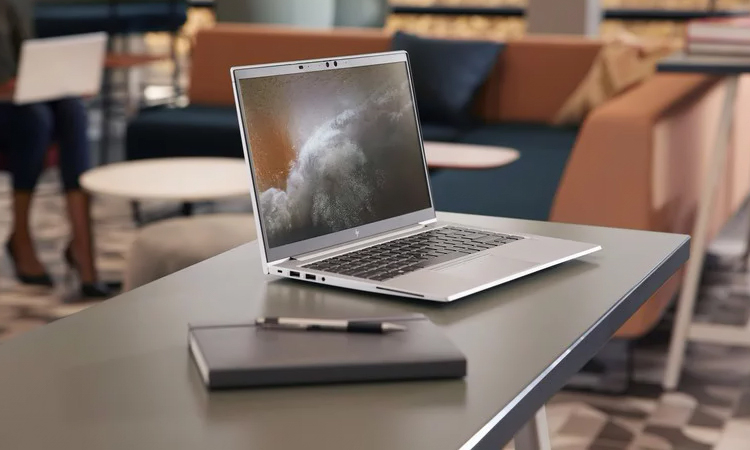 HP has unveiled the EliteBook 805 G8 series of portable computers aimed at enterprise users. These new products are based on AMD Ryzen Pro 5000 processors with integrated Radeon graphics accelerator.

Maximum configuration includes 64GB of DDR4-3200 RAM and an NVMe PCIe 3.0 x4 SSD with up to 2TB capacity. Intel AX200 Wi-Fi 6 and Bluetooth 5 wireless adapters are present, as well as an NFC controller. An optional 4G/LTE modem is available for cellular connectivity.

Interfaces include two USB Type-C and USB Type-A ports each, an HDMI 2.0 socket and a standard 3.5mm audio jack. There's an infrared camera and a fingerprint scanner for user identification. Other highlights include a Bang Olufsen audio system with stereo speakers, an array of three microphones and an optional smart card reader. Operating system & ; Windows 10;