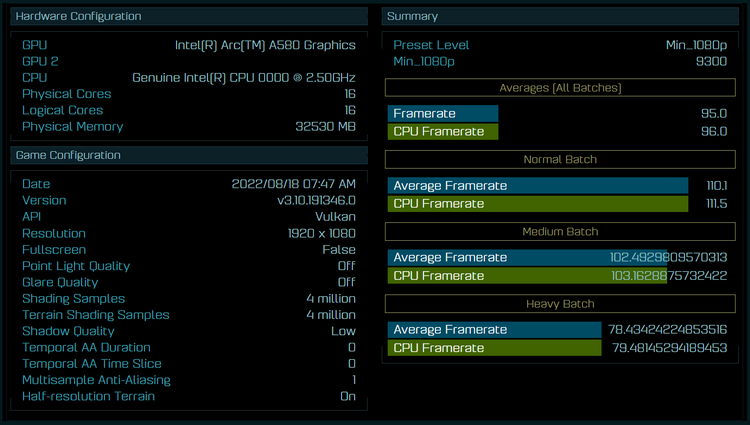 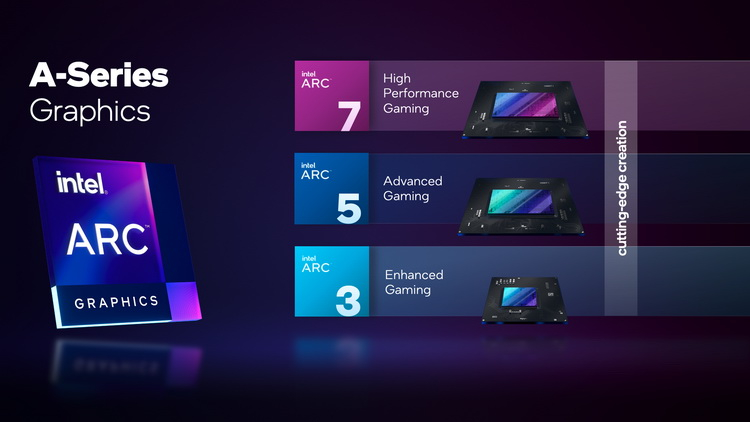 Intel has named the official specifications for the Arc A770, Arc A750 and Arc A580 desktop gaming graphics cards

Intel has announced the official specifications for three desktop gaming graphics cards - Arc A770, Arc A750 and Arc A580.The first two will be available in the Limited Edition reference version as well as partner versions.The Arc A580 has no reference version.It will only be available as a non-reference solution from Intel partners.Image source: IntelThe Arc A770 uses a full-sized ACM-G10 GPU with 32 Xe cores (4096 FP32 blocks), 32 ray tracing blocks, and 512 XMX matrix engines.The graphics chip has a claimed frequency of 2100 MHz.As Intel explains, this figure reflects not the maximum, but the expected frequency of the GPU.In other words, depending on the load it may be higher or lower than that value.The card supports configurations with 8 and 16 GB of GDDR6 memory with an effective frequency of 17.5 GHz (17.5 Gbps).As Intel notes, in the latter case, the memory bus is 256-bit and its bandwidth is 560 GB/s. The Arc A750 uses a slightly stripped-down ACM-G10 processor with 28 Xe cores (3,584 FP32 blocks), 28 ray tracing blocks and 480 XMX matrix engines.The claimed expected GPU frequency is 2050 MHz.The card features 8GB of GDDR6 memory with a 16 GHz 16Gb/s effective bandwidth, 256-bit bus width, and 512GB/s throughput.Both graphics cards feature a claimed power consumption rating of 225W.The reference cards have one 8-pin and one 6-pin connector each.Both models provide PCIe 4.0 support. About the third model, the Arc A580, the manufacturer described in a little less detail.The company indicated that the card is built on an ACM-G10 graphics chip, which has 24 Xe cores (3072 FP32 blocks), 24 ray tracing blocks, as well as 384 XMX matrix engines.The declared GPU frequency is 1700 MHz.It has 8 GB of GDDR6 memory with 16 GHz effective bandwidth, 256-bit bus bandwidth and 512 GB/s bandwidth.Intel did not disclose power consumption figures for this model yet.In the Limited Edition reference graphics cards will be available for purchase through Intel's online store, various online retailers, as well as various retail chains.It was previously reported that the launch will be limited, \"only in key markets.\" The company has not yet disclosed pricing for the gas pedals.In addition, Intel is still not saying when the cards will go on sale. 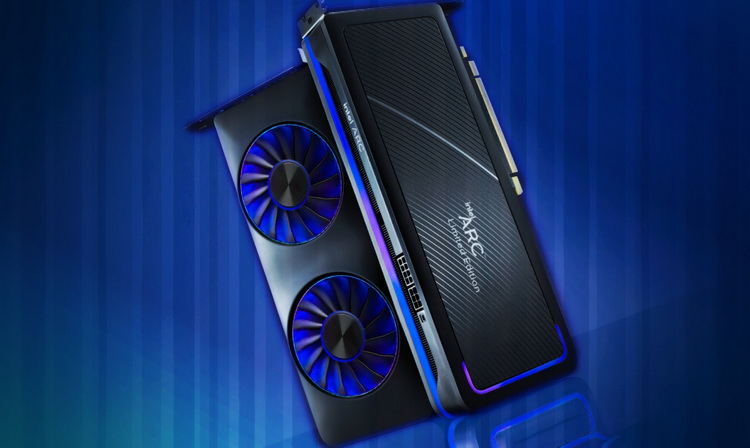 ashes of the singularity intel arc a580 News test