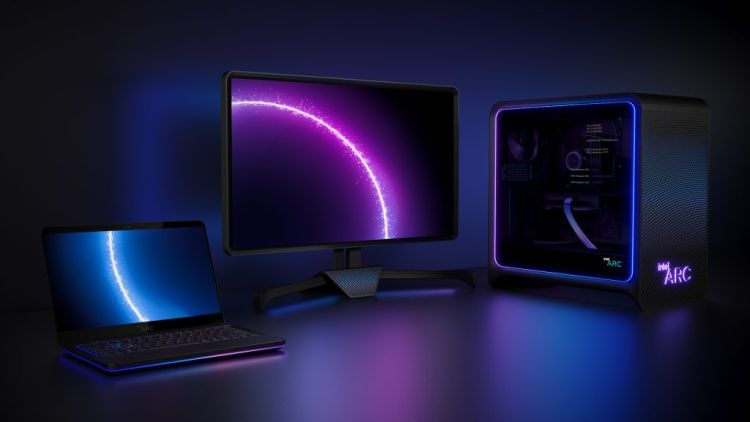 GPU sales plummet 19%, and Intel has already started taking market share away from AMD and NVIDIA for discrete graphics cards

If we believe Jon Peddie Research statistics, first quarter shipments of all types of PC graphics solutions fell by 6.2% to 96 million units compared to the previous quarter, and year-on-year the drop was 19%.In the discrete graphics segment, Intel laid claim to no more than 4 to 5 percent of the market, but has already been a pain for AMD in the notebook segment.Image source: Intel According to a Jon Peddie Research report, the number of PC graphic solutions (integrated and discrete) shipped by Intel in the first quarter was down 8.7 percent sequentially.AMD saw a 1.5 percent decline, while NVIDIA was able to show a 3.2 percent increase, although it should thank the high demand for its desktop graphics cards.At the same time, the CPU market decreased by 10.8 percent sequentially, and in annual terms, the decline was 26.2 percent.Obviously, the graphics market was falling slower than the CPU market, so the proportion between graphics processors and CPUs in the PC segment reached 129% at the end of the first quarter, which is five percentage points above the result of the fourth quarter of last year.In other words, for every CPU, there were 1.29 GPUs, including integrated graphics.Along the way, it's noted that tablet shipments in the first quarter were down 16.5 percent sequentially.Image source: Jon Peddie ResearchThe PC graphics market as a whole is being successfully challenged by Intel's dominance by competitors.It controlled 68 percent of the market in the first quarter of last year, declined to 62 percent by the fourth quarter, and is down to 60 percent at the end of the first quarter of this year.NVIDIA, which is solely defending its interests in this segment with discrete graphics solutions, increased its share from 15% to 21% over the year, adding a couple of percentage points in the sequential comparison.AMD in the first quarter last year controlled 17% of the PC graphics solutions market, but has added a percentage point by the fourth quarter, as in the first quarter of this year.Thus, due to the variety of its graphics solutions, AMD was able to strengthen its position to 19% and quite noticeably close to NVIDIA.In the discrete segment, however, the advantage remains on the side of NVIDIA, and AMD's position is beginning to squeeze Intel.We know that so far Intel does not supply discrete graphics solutions in the desktop segment, but in the mobile segment it began supplying them to their partners in the fourth quarter of last year.AMD and NVIDIA shared the market at 81:19 in favor of AMD in the first quarter of last year, but Intel began shipping discrete graphics to notebook PCs in the fourth quarter, taking one percentage point from AMD and over three from NVIDIA.The latter finished last year with 78% of the discrete market, but at the end of the first quarter of this year was able to hold its position at the same level, while AMD lost another percentage point to Intel, dropping back to 17%.Due to rounding, these values do not always add up to 100%, which should be considered when analyzing market dynamics.Jon Peddie Research experts say that the events of this spring will have a depressing effect on demand for graphics solutions, but at the end of the year the market will still grow by 2-3%, and in the period to 2026 the average annual growth rate will return to the 6.3% compound interest rate.By the end of this period, the share of PCs with discrete graphics in the primary market will reach 46%.