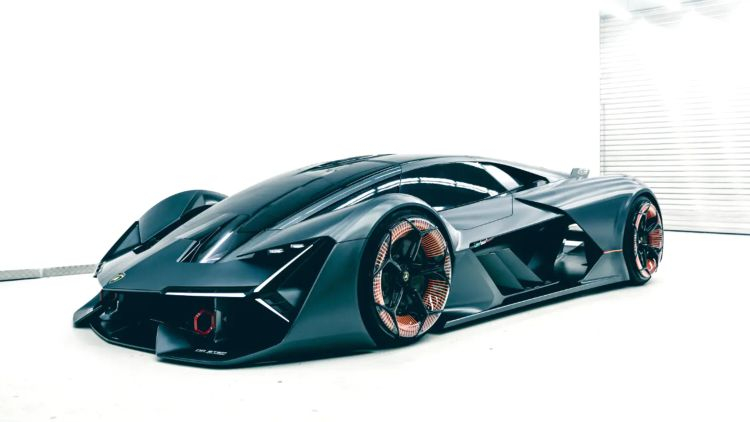 Already now some automakers are abandoning the production of cars exclusively with internal combustion engines, switching to hybrid powertrains or pure electric power.By 2030, authorities in some countries will ban the sale of new vehicles with internal combustion engines, so even sports car manufacturers are preparing for the new requirements in advance.Lamborghini, however, expects to keep producing hybrids in the next decade.Image source: LamborghiniIt's not even about the dynamics, which electric cars with their torque response provide in abundance.Traction batteries add significantly to the weight of electric cars, and sports car manufacturers are used to fighting for every kilogram of car weight.Again, an electric car with a powerful propulsion system and a modest battery capacity will not be a practical choice for wealthy customers, who are the main target audience of sports car manufacturers.As its head Stephan Winkelmann told Italian edition Il Corriere della Sera, Lamborghini brand expects to keep two hybrid sports cars in its range even after 2030, when restrictions on sales of cars with internal combustion engines will come into force in Europe.We are talking about sports cars with power plants that can run on synthetic fuels that do not harm the environment as much as traditional hydrocarbon fuels.The problem, according to the head of Lamborghini, is not only the limited volume of production of such fuels, but also the lack of legislative exemptions allowing the sale of such cars after 2030.In this sense, the company, which is part of Volkswagen, is counting on the relaxation of lawmakers.The hybrid power unit in the sports car allows to maintain impressive dynamics, as well as to limit the weight of the vehicle without sacrificing its power reserve.Many of Lanborghini's competitors like Ferrari, Aston Martin and McLaren adhere to the same strategy, but all of them intend to switch to pure electric power by 2030, presenting their first electric car models by the middle of this decade.Lamborghini itself intends to make the powertrains of all its models hybrid by 2024, starting the migration next year.The brand's first electric car won't appear until the end of the decade.Representatives of McLaren previously stated that customers are important and roaring sound of the exhaust, which, when abandoning the internal combustion engine will have to be synthesized through the speakers.Another important direction of innovative activity of sports car manufacturers and their partners is the development of lighter and more capacious traction batteries.Toyota Motor Corporation though it does not show obvious ambitions in the sphere of construction of sports cars, the problem of refusal from the internal combustion engine tries to solve in its own way.The public has already been shown a prototype of the racing Toyota Yaris, whose combustion engine has been modified to convert to hydrogen fuel, which does not harm the environment.The problem in this case is not only the size of the power plant, which took away half of the space in the cabin, but also the high cost of hydrogen fuel itself.Usually it is tried to be used to generate electricity in fuel cells, and so far Toyota's approach seems too exotic to find widespread application.