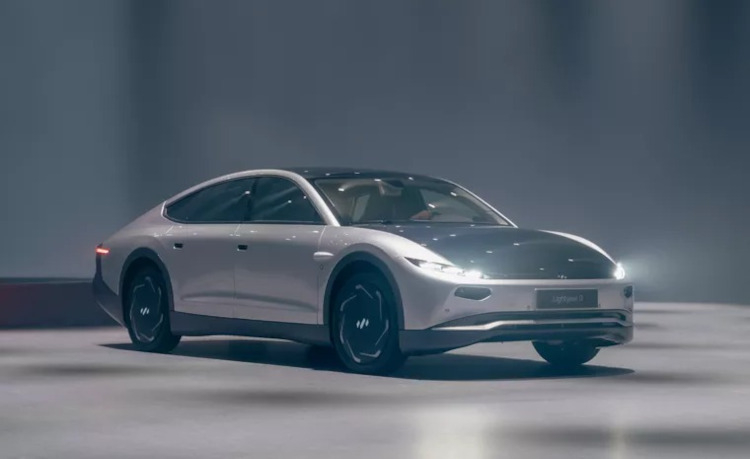 Rumors about the expensive and extremely economical Lightyear 0 electric car have been around for years, but only now a global premiere took place and the developer announced that the first \"solar\" model is ready for production.The company has already employed up to 500 people and signed agreements with over a hundred suppliers - the car is already ready for production.Unlike competitors the novelty under certain conditions is able to work without external charging for months.Image source: LightyearThe electric car is a family sedan with solar panels with a total area of 5 m2, capable of generating electricity per day, allowing to travel up to 70 km.The four-door sedan has a range of 560 km on the highway at 110 km/h, even when there is no sunlight.In WLTP testing, the Lightyear 0 managed to drive a total of 625 km, 4% more than the all-wheel-drive Tesla Model 3 Long Range.At the same time, the Lightyear model has a traction battery of 60 kW∙h, while the same Tesla - 82 kW∙h.According to Lightyear, the car is largely due to such indicators low drag coefficient (0.19) - this is the most aerodynamic family car ever built.Bridgestone tires play a certain role.It is known that the car accelerates to 100 km/h in 10 seconds and reaches a top speed of 160 km/h.Although it is inferior to the Tesla Model 3, it charges much faster.At the same time, although even on a cloudless day the solar cells will not allow to charge the battery fully, their contribution is large enough - during the summer day the car can get enough solar energy to drive up to 70 km.According to the company, if the driver does not drive more than 50 km daily, he is able to drive for months until he finally needs a charging station.Solar cells are able to add range up to 10 km hourly, charging from the home power grid - 32 km per hour, when using a charging station with fast charging capability - up to 520 km per hour.The interior of the five-seater car is made from artificial vegetable leather, recycled PET bottles and palm wood.At the same time, for a car made of recycled materials the model will cost obscenely expensive - it is unlikely that such prices will be compensated by savings on electricity.A total of 946 electric cars will be produced, and deliveries will begin in November of this year.In case of success, the company promises to present a version with more affordable price of $32,000, production of which is expected to start in 2025.