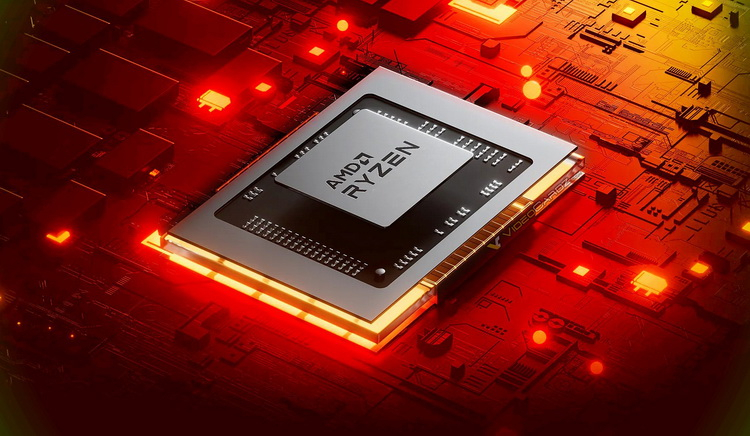 The eight-core and 16-thread Ryzen 5 7725HS mobile processor on Zen 2 architecture has marked in Geekbench synthetic test database.The software has determined that the chip belongs to a series of Renoir, writes VideoCardz.The name of the processor also indicates that it is based on the architecture of Zen 2.This is interesting, because AMD has not talked about the appearance of a similar model in the mobile Ryzen 7000 series.Image source: VideoCardz According to Geekbench data, the Ryzen 5 7725HS processor has a base frequency of 2.9 GHz and can automatically overclock to 4.3 GHz.The suffix HS in the name of the chip indicates that it is designed for light gaming laptops.The processor was tested with the Eluktronics RP-15 laptop without a discrete graphics subsystem.In the single-threaded performance test Ryzen 5 7725HS scored 1106 points, in multi-threaded - 6929 points. Image source: GeekBenchThe results of Ryzen 7 7725HSAs VideoCardz writes, it would be fair to compare this chip with the Ryzen 7 4800HS Renoir series, which also uses the Zen 2 architecture and eight processing cores.In addition, the latter also has a TDP at 35W, like the novelty.The obvious difference between the chips is the maximum clock speed, which is 4.2 GHz in the Ryzen 7 4800HS, which is 100 MHz lower.Taking all this into account, the Ryzen 5 7725HS is 6 and 6.5% faster in single-threaded and multi-threaded performance, respectively, than the Ryzen 7 4800HS.