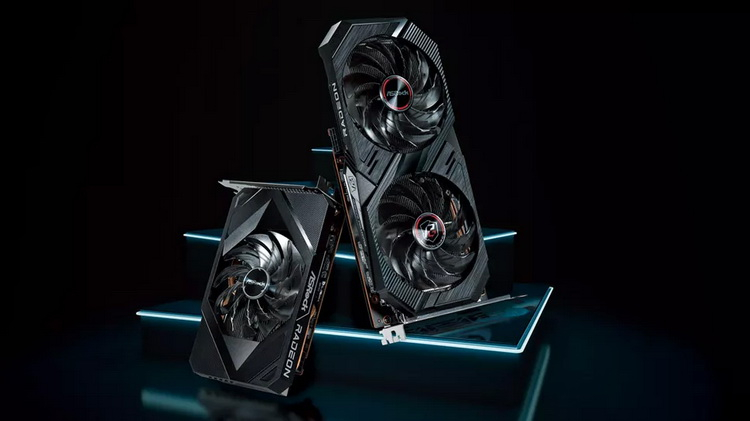 AMD this week presented its entry-level graphics gas pedal Radeon RX 6500 XT. The new product is designed for gaming at 1080p resolution. AMD's partners also showed their versions of this graphics card, but so far only ASRock, ASUS, Gigabyte, MSI and Biostar.

Unfortunately, manufacturers have not indicated technical characteristics of their announced new products. However, it is known that some models of Radeon RX 6500 XT will have a small factory overclocking. All cards at the same time received reinforcing/protecting back plates.

It looks like both versions of ASRock's Radeon RX 6500 XT use the same PCB. The cooling system of the same Phantom Gaming D version is larger than the PCB and extends beyond it. The fans on both versions of the gas pedal have a full stop function when there is no load on the graphics subsystem. Additional power to video cards receive one 8-pin connector.

The Radeon RX 6500 XT Dual version is more compact. It only takes up two expansion slots when installed and will be suitable for more compact builds. The TUF Gaming version has a 2.7-slot design. The cooling of this version should be more efficient, but it's not as compatible with compact PCs.

The dual-fan Gigabyte Radeon RX 6500 XT Eagle is 192mm long. It won't fit into ultra-compact Mini-ITX cases, but it's compatible with larger designs. Both versions of Gigabyte's Radeon RX 6500 XT have two video connectors each and feature a single 6-pin connector for extra power.

MSI has introduced two Radeon RX 6500 XTs, both in Mech 2X. One offers benchmark performance and the other, in the Mech 2X OC version, has a slight factory overclock. Both cards are 172mm long. They will easily fit into almost any Mini-ITX case. The cards are of dual slot design. They are equipped with dual fan cooling system which is enough to cool the gas pedal with power consumption of 107 W. As for the external connectors, there are no surprises: one DisplayPort 1.4 and one HDMI 2.1 slot each as well as one 6-pin connector for additional power.

Finally, Biostar presented its version of Radeon RX 6500 XT. It has a dual-fan cooling system, one six-pin power connector and a pair of DisplayPort and HDMI video connectors. Curiously, there are no exclusive AMD partners PowerColor, Sapphire and XFX among those who announced their versions of Radeon RX 6500 XT. It is possible that these manufacturers have not yet prepared their solutions or do not want to announce new items without complete specifications, including the same GPU frequencies which in case of non-referential solutions are usually known closer to the immediate release of the video card. Recall that the Radeon RX 6500 XT is based on the GPU Navi 24. As part of chip there are 16 execution units with 1024 stream processors and 16 blocks of hardware ray tracing acceleration. The gaming frequency of the processor is declared at 2610 MHz, and the maximum & ; at 2815 MHz. It features 4GB of GDDR6 memory, with a 64-bit bus and throughput of 144 GB/s, and an additional 16 MB of Infinity Cache. 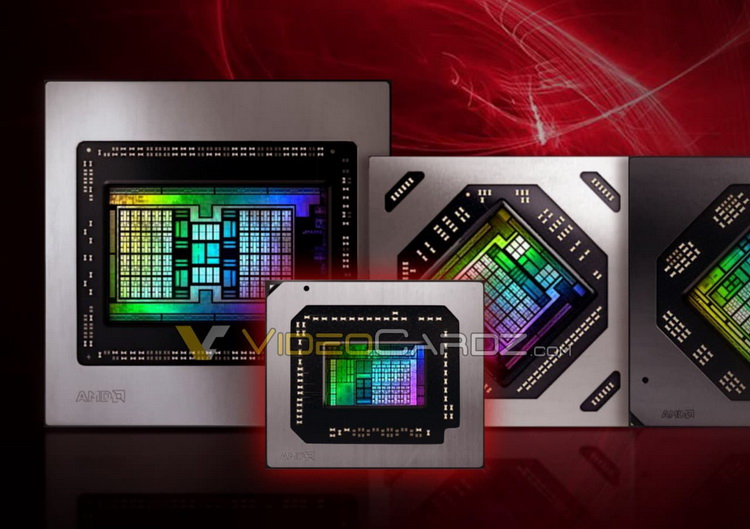 An image of AMD Navi 24 GPU, the most compact chip on RDNA 2 architecture, has appeared

VideoCardz portal obtained an image of Navi 24, the low-end GPU, which is going to form basis for Radeon RX 6000 entry-level desktop and, most likely, mobile graphics. This is the most compact graphics chip, based on AMD RDNA 2 architecture.

According to the source, the Navi 24 has an area of 141 mm2. In other words, it is smaller than the Navi 14 generation RDNA 1 with an area of 158 mm2, which was used in models such as the Radeon RX 5500 XT and Radeon RX 5300. The published image of Navi 24 confirms that the processor has half as many Compute Units as the Navi 23 chip used in the Radeon RX 6600. Each such unit contains 64 stream processors. Thus, their total number is 1024 pieces. The size of Infinity Cache of Navi 24 is reduced to 16 MB, and it has a memory controller with 64-bit bus bit rate support. If we believe the rumors, Navi 24 & ; this is the first GPU based on 6nm production processor. AMD is expected to unveil the new and probably the last member of the RDNA 2 graphics family as early as next week. The chip will be used in Radeon RX 6500 XT and Radeon RX 6400 graphics cards. The first card is to be launched on January 19. The second will be distributed exclusively through PC OEMs and will be available later.