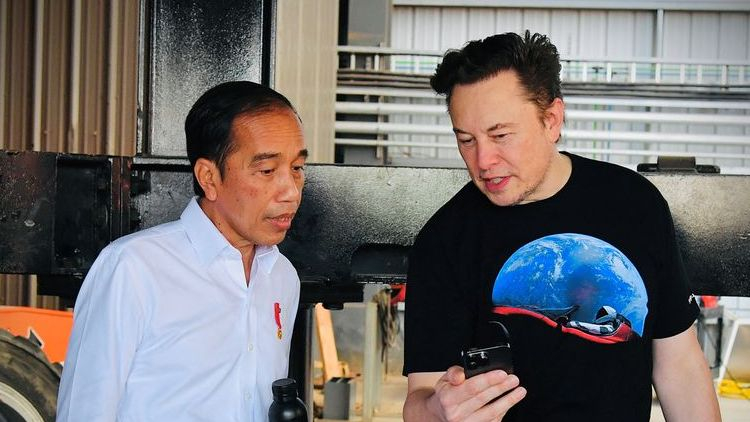 Indonesia, with its impressive nickel reserves, has been a focus for Tesla's leadership before, but in previous phases of negotiations the parties were unable to reach a compromise.The government was interested in developing complex production facilities on its territory, and Tesla wanted them to be as environmentally friendly as possible.Negotiations continued during the Indonesian president's visit to Texas.Image source: Laily Rachev, ReutersJoko Widodo visited Tesla headquarters last Saturday, according to Reuters, meeting with Elon Musk to discuss possible investments and high-tech cooperation.The preliminary stage of negotiations had been held earlier and also discussed investment in the mining industry in Indonesia, which specializes in nickel, used in the manufacture of traction batteries for electric cars.This year, the price of nickel has skyrocketed, and Tesla was forced to preventively raise the price of electric cars by thousands of dollars.Before that, according to a source, Tesla representatives visited Indonesia for talks on investment in traction battery production.It should be said that Tesla's competitors are already actively exploring this territory.LG Energy Solution and CATL have agreed to invest $9 billion each in facilities to produce lithium batteries in Indonesia, and Hyundai Motor will assemble electric cars in this country based on batteries of the Korean partner.The President of Indonesia also visited the SpaceX launch pad in Texas because he is also interested in cooperation with Elon Musk in the aerospace industry.Earlier he offered the billionaire to use Indonesia to launch spacecraft.At the moment, it is not reported that any contracts were signed after the meeting between Ilon Musk and Joko Widodo.