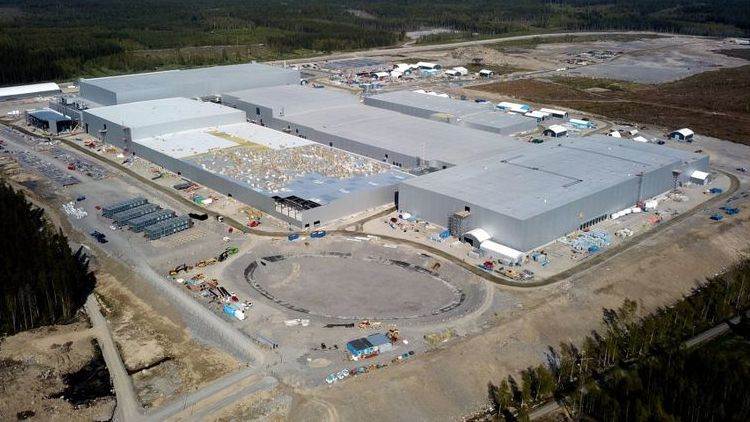 Europe has managed to become the second largest market for electric cars after China, ahead of the US, but without localizing production it is impossible to achieve acceptable prices, and the process itself entails organizing battery production in the vicinity of assembly lines.Northvolt has recently started supplying its first mass-produced batteries to customers.Image source: NorthvoltThe enterprises of South Korean companies producing lithium batteries have long been present in Europe and the Chinese one under the brand CATL will soon start operating, but there have been no \"native European\" companies in this segment so far.Thus, as Automotive News Europe explains, the Swedish company Northvolt has become the first European supplier of locally produced lithium batteries for customers in the region.The first batches of traction batteries were shipped to customers last week, although Korean media reports claim that Northvolt's yields are not yet that high and that its equipment needs to be replaced with more reliable ones as a matter of urgency.The company now employs about a thousand people but is adding an average of 150 each month and could eventually reach not 3,000 but the full 4,000 workforce.Northvolt has already managed to collect $50 billion in orders from electric car manufacturers such as BMW, Volkswagen, Volvo and its subsidiary Polestar.In Norway, Northvolt simultaneously started a joint venture with Hydro to recycle end-of-life traction batteries.It has become the largest in Europe and will be able to recycle 25,000 traction batteries each year.The processes involved will recover for recycling a significant portion of the raw materials, which at the current rate of growth in electric vehicles will constantly become more expensive and remain in short supply.One of the founders of Tesla, Jeffrey Brian Straubel, predicts that over time the electric car industry will be able to fully meet its needs in raw materials for traction batteries just by recycling already used batteries.However, with an average service life of 15 years, we will have to be patient before such predictions become a reality.