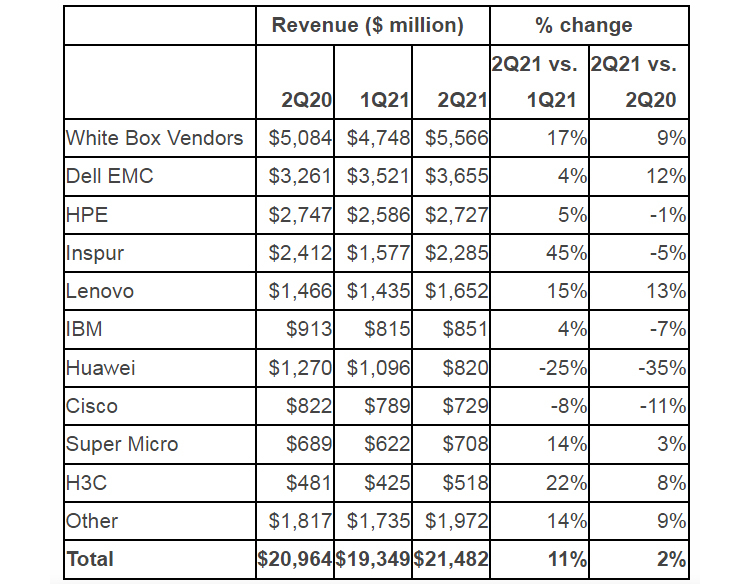 Omdia has released the results of its global server market research for the second quarter of this year. Demand remains high in all segments, which is explained by the development of large data centers and cloud platforms.

From April through June inclusive, approximately 3.4 million servers of various types were sold globally. This was roughly the same result during the record second quarter of last year. The total revenue of suppliers reached $21.5 billion. It is noted that amid high demand for enterprise-class equipment, AMD received a record share in the segment of processors for servers & ; 16%. This was facilitated by orders from major cloud services, in particular, Google Cloud. At the end of the current year the volume of the world server market is expected to reach $92 billion in monetary terms. If these expectations come true, the growth compared to 2020 will be at the level of 11 %.

At the same time, Omdia analysts talk about the observed shortage of components for server equipment. In particular, there is a shortage of integrated power management circuits. This situation may have a negative impact on the volume of server shipments at the end of the year. White box server suppliers such as Wiwynn, QCT (Quanta), Tyan (MiTAC) and Ingrasys (Foxconn) contributed 26% of the total revenue for the second quarter. In addition, Dell EMC, HPE, Inspur, Lenovo and IBM were among the leading players in the market;