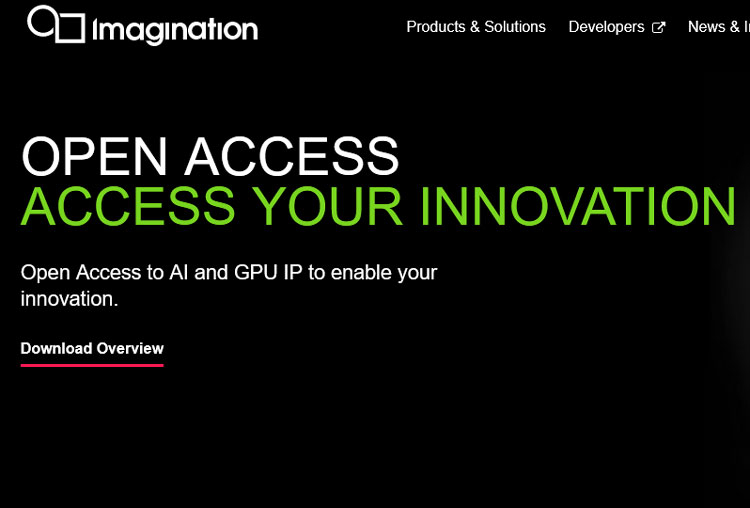 Imagination has launched its Open Access program, under which it will provide some proprietary developments to young companies for free.The company is willing to license four PowerVR Series8XE GPUs and three PowerVR Series3NX AI gas pedals for free.This will significantly reduce the cost barrier for creating advanced IoT and AI solutions for smart homes, smart cities, smart factories, kiosks and signage, healthcare and more.Image source: Imagination \"Building a differentiated SoC from scratch is a costly undertaking that requires significant expertise and resources.Companies choose integrated circuits because they reduce the costs and risks associated with R&D, allowing them to focus on product differentiation.Imagination Open Access gives customers early access to silicon-proven integrated circuits, reducing overall risk and providing assistance through technical expertise, best-in-class tools and ongoing technical support,\" Imagination said in a press release.What is exempt from licensing fees.Image source: ImaginationThe software driver for license fee-free products comes from Imagination, as do compatible open-source drivers that are now also commercially available, leading to a significant expansion of Imagination's platform capabilities.Growing companies can take off-the-shelf solutions and build their own products in no time at all, reducing risk and accelerating the time to profit.The only costs will be for technical support and maintenance.Image source: ImaginationIt should be said that Imagination not only provides customers with proven development (GPUs and AI gas pedals) and technical support for projects, but also with training materials, especially valuable for university courses.This is all the more important because the company has also turned to the RISC-V architecture with open-source processor circuitry and code sets.By doing so, Imagination's ecosystem of open source solutions potentially encompasses the entire range of computing products in their final form: both processor and graphics units. 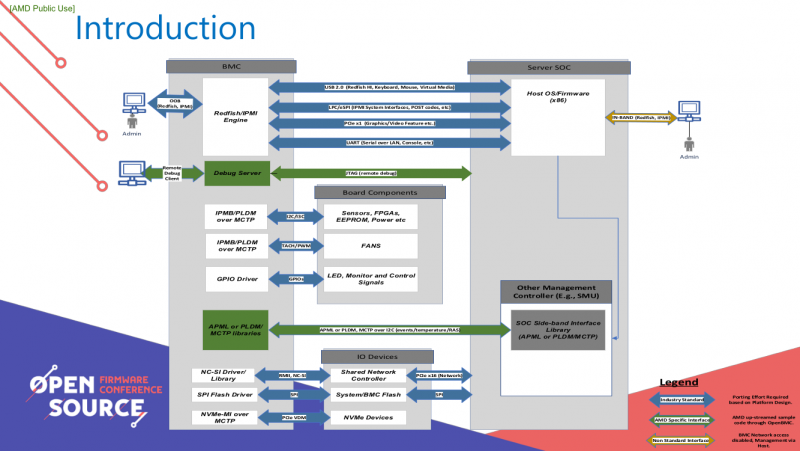 AMD is not ready for AGESA open firmware yet, but is still taking steps towards open source. Within the OpenBMC (Open Board Management Controller) project, the company is working on open firmware for the BMC controller for server management. Such a controller has its own CPU, memory, storage and interfaces to work with sensors. It allows to control power supply, firmware and disks, to load the server via network and so on. Supreeth Venkatesh from AMD told at the virtual Open Source Firmware Conference (OSFC 2020) about the work they do on OpenBMC. According to him, open source dominates the industry at the moment. However, he did not specify any details and plans in this regard. However, you can get something from the slides. Apparently, the development and testing were carried out on reference platforms of AMD servers. Taking into account that the project itself is supported by such giants as IBM, Intel, Google and Facebook, it is likely that it will « take off». Now OpenBMC supports AMD EPYC Ethanol and EPYC Daytona reference platforms. At the moment, in terms of functionality, it is said that work on remote debugging using OpenBMC, the kernel APML driver SB-RMI, the processor power management and RAS functionality. It also talks about compatibility with IPMI 2.0 and Redfish standards.